Home » Latinas in The Industry » Young, Latina and CEO: the successful story of Elisabeth Holzheauser 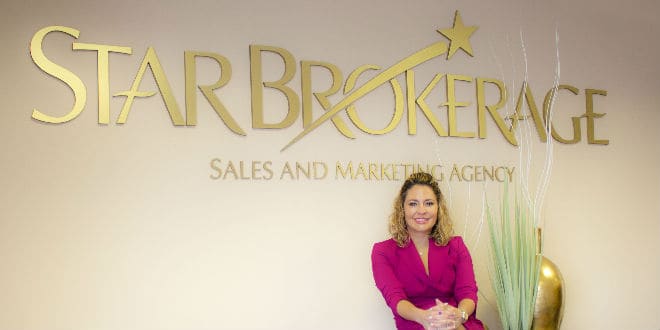 Since the beginning of her career, Elisabeth Holzheauser has been characterized as an income generator for the companies in which she has worked. She raised millions of dollars in donations for a hospital foundation in Texas and prior to that, working for the Houston Hispanic Chamber of Commerce as the Director of Development, she was responsible for corporate giving and business development.

Elisabeth is the youngest Hispanic woman graduated with an Executive MBA from Rice University Jones Graduate School of Business. She started with STAR Brokerage six years ago as Vice President of Sales and Marketing.

STAR Brokerage, is a CPG food broker company founded 28 years ago in Texas by her father-in-law, Ken Holzheauser.

Elisabeth’s performance in the sales area led STAR to an exponential growth in recent years and this allowed her to climb in the company and appointed CEO, in February 2017. In an interview with Abasto Magazine, the young executive said she looks at her life “like a book with many chapters. I guess you could say that being CEO was a chapter I aspired for.”

“We have grown a lot in the past two decades and in the last five years it has been exponential, but everything has been thanks to the solid foundations we had from the beginning when my father-in-law started the company. He went ahead of others, representing some of the most important imported brands, when almost nobody wanted to sell imported Mexican brands to the main retailers,” said Elisabeth.

According to the CEO of STAR Brokerage, due to the increase of the Hispanic population in the US, the brands they represent now have the fastest growth in the market and make up nearly 50% of their customers. In addition to the Mexican ones, they represent brands from Guatemala, Costa Rica, Spain, Canada and Japan, to name a few. “Our team sells a couple of hundred million dollars a year in retail sales for the brands we work with.”

The company has 65 employees and four regional offices located in Houston, San Antonio, Dallas and Lubbock.

STAR Brokerage works directly with key retailers providing technology services for stores, category management and private brand development consulting. Holzheauser stressed that one very valuable part of her business is the multicultural aspect because it has allowed them to have a great competitive advantage.

Related Article: Latina Entrepreneurs, a Vital Force in The US Economy

As a young Hispanic executive who leads a successful food brokerage service business, Elisabeth Holzheauser still has a lot of scope to continue growing and shared the foundations she considers are key to being a good leader in a company: