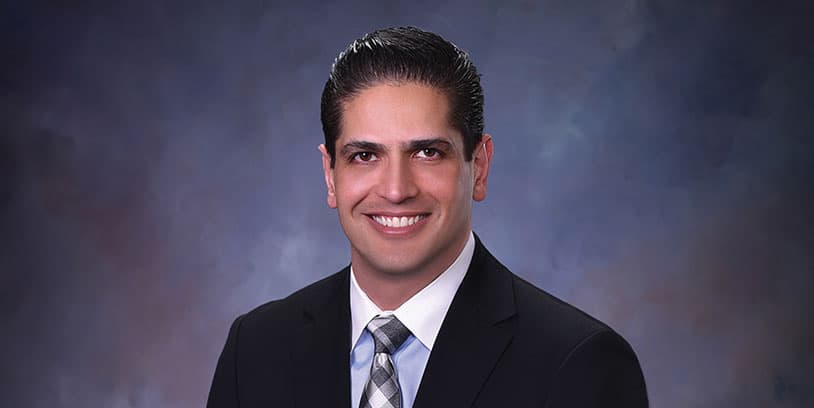 Discipline, dedication, and humility are a fundamental part of Víctor Padilla Jr.’s professional life. These qualities have helped him assume the direction of The Padilla Group company, which his father, Víctor Padilla, led for about 40 years.

Víctor Jr. grew up watching his father, who work tirelessly to build what is now known today as the Padilla Group. This company has become the distributor of renowned Mexican food brands in the United States, such as El Yucateco, La Morena, and Don Víctor sauces.

In an interview with Abasto Magazine, Víctor Padilla Jr. and his father discussed how their family business enters a new stage now that its founder has handed over the lead of the company to his heir, Victor Padilla Jr. From a young age, Padilla Jr. began to get involved in the business so he could company to a new level and continue to reap the successes for another 40 years.

At 15 years olds, Victor Jr. decided to study at a military academy in Texas, where he learned English, learned to be discipline, and many other values. After graduating from the program, he pursued his studies in international marketing and commerce at Saint Mary University in San Antonio with a specialization in business administration from Harvard University.

Father and son have managed to form a great team over the years, and this has allowed Victor Jr. to implement the knowledge acquired at Harvard and modernize the company and make it increasingly efficient.

“That’s why we started putting together the company’s long-term project,” said Víctor Jr., who last year finished another specialization in international trade to stay up to date on the latest changes in the industry.

Times change, as well as the taste of consumers, this is very clear to Victor Jr. in his vision of where he has to take Padilla Group to penetrate new markets.

“Our origins are based on providing a service to a nostalgia market that arose from immigration, but in the last ten years immigration has become neutral or negative, and the main population is joining the Hispanic market, people born here. The Hispanic-born community now looks for brands that they identify with. Those of us in this business have to make the transition to provide a service to the general population, not just the Hispanic, “he said. Victor Jr.

As an expert in the distribution of Hispanic grocery brands in the U.S., Víctor Padilla Jr. believes that it is necessary to adapt to the new consumer profile “because if these products or brands do not adapt or find a way to be useful to consumers, they will lose territory.”

Under his direction and with the support of Don Víctor, Padilla Group has gradually reformulated the presentations, packaging, and formulas of the products they distribute to accommodate the transparency demands of the new generations.

They currently have about 110 employees, and something fundamental for Víctor Jr. as a new leader of the company is “to build a good team that is solid”. As is now traditional, Padilla Group will be present at the ANTAD & Alimentaria México Expo held in Guadalajara from July 22nd to 24th.