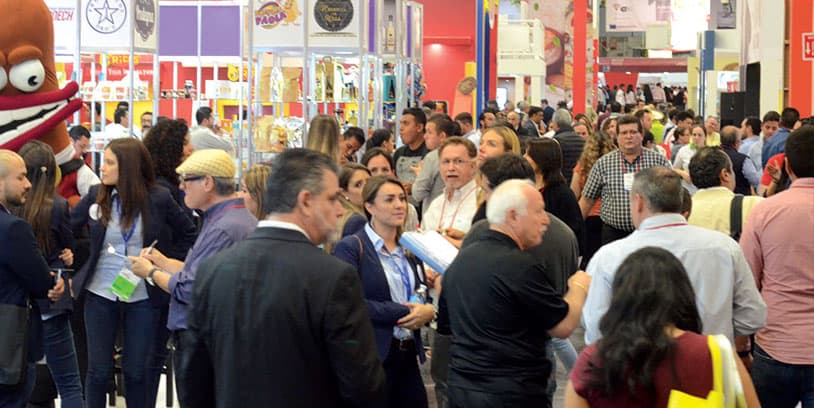 Editor’s Note: Due to the coronavirus pandemic, the Expo ANTAD & Alimentaria México trade show was postponed and will take place from July 22nd to 24th, at Expo Guadalajara.

“The stage of uncertainty for the Mexican economy is ending,” said Mexican Foreign Minister Marcelo Ebrad, when President Donald Trump signed the new trade agreement between Mexico, the United States, and Canada.

The Mexican business sector reacted by expressing that they expect economic growth between 1% and 1.5%. There is optimism in the momentum of the economy, and the Expo ANTAD & Alimentaria México trade fair will be a good thermometer to measure the behavior of the productive sectors.

This year the Expo ANTAD & Alimentaria México, which takes place from March 31 to April 3 in Guadalajara, hopes to have the assistance of more than 45,000 visitors. The attendees will be doing business for three days and exploring every inch of the 55 thousand square meters of event venue. More than 1,800 exhibitors will present showcasing the most diverse products of the food and beverage industry and the HORECA sector.

There will be 28 countries representing Latin America, Europe, Asia, and North America.

Since 2015 ANTAD and Alimentaria Exhibitions joined forces to turn the Expo ANTAD & Alimentaria México into the leading international trade fair for food and agri-food in the Americas.

J. Antonio Valls, general director of Expo ANTAD & Alimentaria, in a statement to Abasto magazine, said that one of the great news of this new edition of Alimentaria México is the return of the European Union as an exhibitor.

The director of Alimentaria Expo added that it is also important to highlight the participation of India, which after having been part of the room with some companies in previous editions, attends this time with an institutional stand of the country to promote its local products including basmati rice, organic products, dehydrated food and condiments, garlic and spices.

Valls recognized the effort being made from the organization to continue attracting a greater diversity of professional visitors.

“From buyers very focused on distribution, Expo ANTAD & Alimentaria México has expanded and diversified its visitor profile.
This Expo makes it possible for more buyers from the HORECA and gastronomic sector, as well as a more significant presence of importers and distributors, who access the show thanks, among others, to the numerous calls and agreements with associations and institutions that we make from the organization, ”Valls concluded.