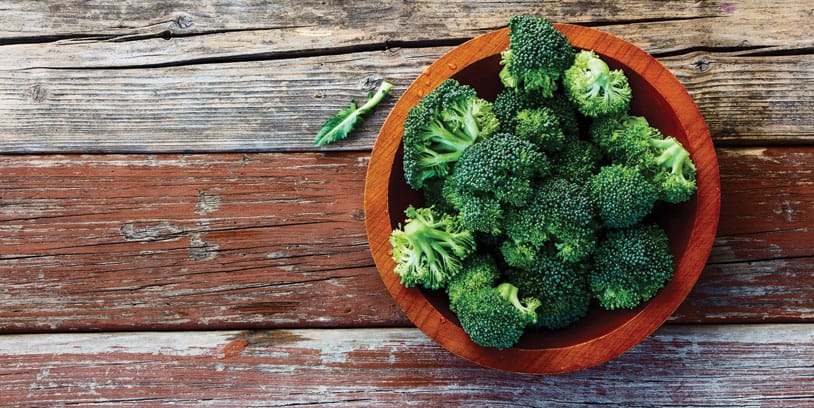 We all remember when our moms and grandmothers told us that eating broccoli would grow strong and healthy, and indeed, this vegetable offers many benefits to our health.

It is important to note that broccoli is better when eaten raw because cooking eliminates some of its antioxidants. Broccoli contains twice the amount of vitamin C in an orange, almost the same amount of calcium as whole milk (with a better absorption rate), and also contains anti-cancer and antiviral properties because of its selenium content.

Some studies show that the consumption of three to five servings (one serving is equivalent to one cup of raw broccoli) per week is sufficient to achieve disease prevention effects, particularly cancer unlike other foods that require to consume much higher amounts.

In the last decade, the volume of broccoli supplied in the United States has increased from 956 million pounds in 2010 to 1,160 million pounds, an increase in consumption of 21.5%. Mexico is the region that has most increased its production in this period, while California decreased its output by 25% in this same period.

This increase in broccoli volume has resulted in a decrease in the price paid at the border in recent years. In 2017, the cost of Mexican broccoli on the border with McAllen exceeded $ 30 at some points of the season, while in 2018, it remained most of the time between $ 10 and $ 20, exceeding $ 20 in some periods.

Related Article: Hispanic impact and insights on the fruit and vegetable industry

Surely in this new decade, we will continue to see changes price behavior of this product, which will very likely continue to be among our consumers’ favorites.