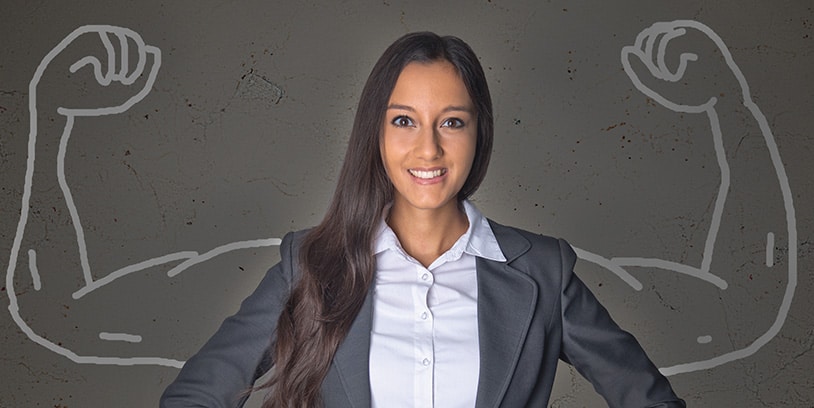 Imagine for one second that you were on an alien spaceship visiting planet earth to study our retail environment.  Within a few seconds, you would notice something very odd and illogical. Retail stores of all kinds are largely shopped by women, yet the people running those stores and running those companies are still largely men. There is no female leadership.

For all retailers from small to large, Anglo and Latino, this issue is essential. Understanding the needs, priorities, and realities facing women can help a retailer better serve and delight shoppers. Certainly, male leaders are capable of doing this, but we can only imagine the insights and advantages that would come from having more female voices among the leadership team.

There are countless historical reasons for this situation, none of which can be easily corrected. For decades, men dominated the workplace in all industries, including retail management, which meant that the pipeline for future leaders remained heavily male.

While the situation has improved drastically in recent years, industry leadership is still male-dominated. In fact, that very situation was part of the motivation for the creation of the Network of Executive Woman (NEW), a prominent industry group aimed at improving education and mentoring to increase female leadership.

The lessons from that group should be considered by retail leaders everywhere as a way to make companies or even individual stores more attractive workplaces for women. Giving young women mentors and role models in your company can make you a more attractive employer.

But supermarket operators need to start this discussion by recognizing that this entire issue isn’t about a “woke” agenda, but rather about business success. Hispanic shoppers, more than most, understand how even well-meaning retailers can incorrectly market to their needs by not including the right voices.

I’ve had the experience of working with operators in many Latino communities who have talked (at times even laughed) about culturally misguided efforts from Anglo competitors, such as failing to understand the diversity and differences of the Hispanic community itself. Some sad examples I have seen through the years include retailers who misunderstood the different food traditions between shoppers of Puerto Rican and Mexican heritage.

Only by bringing in local community voices could those retailers better understand the sometimes-nuanced differences between different groups.

Clearly the same applies to female voices. For example, I remember walking a store with one somewhat short retail executive who pointed out how many products were shelved in places that shorter people (and women, on average, are shorter than men) could not reach comfortably.

Similarly, because women still largely fill the role of homemaker, even if they work outside the home, they are particularly drawn to products and services that save time and worry in meal preparation.  By having a female leadership team you might get a better sense of hidden shopper needs that could lead to expanded sales and customer loyalty.

Of course, a problem that has existed for decades cannot be corrected overnight, but there would seem to be some simple steps that retailers could take to start improving the situation, even in an individual store.

Are you encouraging women at all levels to gain a better understanding of store management by exposing them to the range of jobs and departments inside your store or company? You also need to make sure that your team is open to more diverse hiring and promotions at all levels, which might be a significant challenge unless top management (in-store or in the company) supports it.

If you currently have female leadership, encourage them to mentor others in the organization

Having role models in positions of authority can help demonstrate your commitment to diversity and may make you a more attractive employer for other women. Especially in a time of labor shortages, you need every possible advantage in recruiting and since women are such a large portion of the population this can only help.

If you have significant turnover among female employees you need to find out why. It could be something complex, such as having an unwelcoming culture, or something simpler such as the need for working moms to have schedule flexibility to fit their needs.

Increasingly, younger people tell us they prefer working for companies that align with their personal values. Supermarkets are such an important part of every community, so you can emphasize that in countless ways.

For example, the most recent study from the Coca-Cola Retailing Research Council showed that shoppers want local stores to encourage staffers to volunteer for community efforts and to focus on community challenges such as reducing packaging waste, supporting food banks, and more. The study, which can be freely downloaded at www.ccrrc.org, outlines other ways that shoppers of supermarkets or convenience stores can better understand and align with these community values.

Such efforts could produce goodwill and loyalty among shoppers and help make your store or company a preferred employer.

Obviously, there is no simple or instantaneous solution to the long-term reasons why female employees are underrepresented in your store or company hierarchy. But like many problems, the path to fixing the situation lies in taking small steps in a positive direction.

Female leadership could bring benefits to your store and company both in shopper and staffer loyalty.