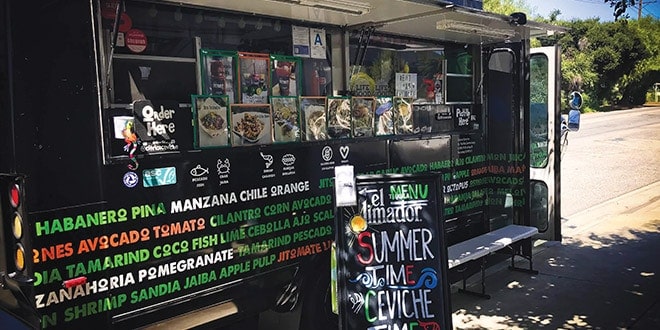 Did you know biculturalism is influencing the Seafood industry in the United States? Have you heard about Mariscos?

As Latino restaurateurs continue to push through the hurdles of entrepreneurship, some of them are using this opportunity to alter the landscape of the traditional Hispanic food cuisine in an effort to go mainstream, and in turn, create foods that might be a more accurate reflection of their own American bi-cultural experience.

One food segment that has been growing steadily over the past decade is the seafood industry or also known as ‘Mariscos’. Mariscos is the Spanish term used to denote seafood in many Latin American countries.

However, Mariscos foods are much more than a broad term you can slap onto anything that comes from the ocean. For many, Mariscos is as much a cultural experience, as it is culinary.

Mariscos is seafood with a vibe, and it’s that experience that some restauranteurs are looking to capture in their efforts to package the food segment for a wider audience.

Seafood Industry: The Arrival of ‘Mariscos’

The repackaging of cultural foods, including those based on seafood, is by no means new. There’s a long-standing tradition of bringing new and exciting food segments to American eaters, as far back as the introduction of sushi, and perhaps more recently, the explosion of poké bars across the country.

As such, American palates have been primed to take the next logical step. So, in keeping with that tradition, and using a similar culinary trope, it’s exciting to see that raw/cold seafood has found a stronghold within the foodie scene via the steady mainstreaming of Mariscos and other traditional foods from the Hispanic seafood industry.

One such player in this growing segment is Cítrico Ceviche Bar, a concept food truck that operates in Los Angeles, California.

Chef and owner José Roberto Álvarez, who is Mexican born, and raised in Los Angeles, has been operating his food truck for the last few years, with the sole purpose of introducing Mariscos to a wider demographic, one that perhaps has never experienced this type of food.

Alvarez, who is in the process of taking his concept to a brick and mortar phase, uses the term “New School Mariscos” when explaining his cuisine.

“New School Mariscos is exactly what it sounds like,” explains chef Álvarez. “At Cítrico, we take traditional Mariscos and give them a bit of a facelift.

We also build on the idea that contemporary consumers like options. As such, we allow our customers to customize their Mariscos experience in ways that aren’t really available anywhere else. In that way, we really do think about how to make our menu accessible to everyone. Plus, it’s healthy and delicious!”

Take, for example, Cítrico’s signature item, and what they’re really known for, their ceviche bowls. Alvarez’s concept allows customers to mix and match aspects of their ceviche bowl, allowing consumers to create a gastronomic experience that is much more personalized than what you’d find in traditional Mariscos settings.

By combining various ceviche bases and seafood proteins (they even have a vegan ceviche option), customers can create a bowl to match their particular flavor preferences. With fresh recipes like watermelon tamarind and pomegranate chipotle pineapple, Alvarez believes that cross-cultural customers might be more inclined to try ceviche for the first time, thus introducing them to an entirely new and emerging food segment.

Entrepreneurs like Alvarez are hardly unique these days. In essence, what we see happening across many different segments of the market, is a veritable Latino renaissance, spearheaded by Latino millennials that can more easily navigate two cultures at the same time.

They seem to understand that with the right packaging, crossing over to the mainstream might be possible. By incorporating their singular experiences, and bicultural identities, these players are, by all means, pioneers in their respective fields.

From food to fashion, and beyond, it will be exciting to see the incremental growth of these fusion segments as more and more Latinos begin to flex their spending power, which is already at an all-time high.