Home » News » Which Frozen Foods are Preferred by Consumers? 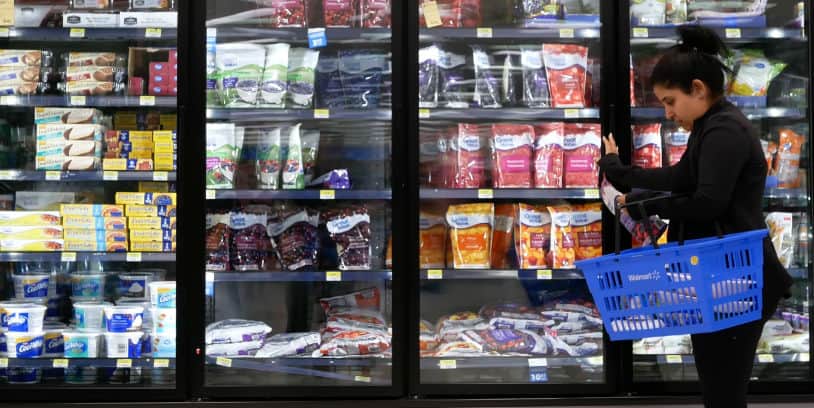 “99.4 percent of American households buy and enjoy frozen foods,” says Alison Bodor, president, and CEO of the American Frozen Food Institute (AFFI). But what are consumers’ favorite frozen foods that can’t be missing from their refrigerators?

Frozen foods are industrially manufactured edibles that are preserved by freezing methods.

Frozen foods in the supermarket aisles include some subcategories such as frozen dinners and entrees (multi-service and single-service), ice cream and sorbets, frozen pizza, frozen breakfasts, frozen snacks and sandwiches, frozen vegetables, and frozen desserts.

Frozen foods should be stored at a temperature of -18 degrees Celsius or less.

Related Article: Processed Foods: The Truth About Fresh Versus Frozen

However, it was several more years before the first ready-to-eat dinner was created in the 1950s by Gerry Thomas, also known as the “TV Dinner.” It was intended to be heated directly in the oven and then enjoyed in front of the television.

The TV Dinner was originally packaged in an aluminum tray similar to those used in airline food services. Based on a Thanksgiving dinner as a model, it comprised a three-component turkey meal, sweet potato puree, and buttered peas, accompanied by gravy and cornbread dressing.

In particular, the convenient food was aimed at helping the busy wives who, at that time, had started to enter the labor market.

Today, time-pressed customers are still looking for suitable products that are simple and easy to prepare when they buy frozen food from a store.

During the 12 weeks ending July 14, 2019, ice cream was the category of frozen foods with the highest sales of about $1.42 billion. Among the top ice cream brands in the U.S. in 2019 were Breyers and Ben & Jerry’s, which generated approximately $499.9 million and $465.4 million in sales, respectively.

Industry experts assume that category sales will increase in the coming years with healthier choices and industry trends such as “Best for You” products and products that contain natural and organic ingredients.

“Frozen food companies and every worker in the supply chain pride themselves on offering nutritious and affordable food options that help feed families so they can enjoy variety, spend more time together, and reduce food waste,” said Bodor, AFFI president.