Home » Business Showcase » Mr. Tango, Chorizos With The Authentic Taste of Our Land 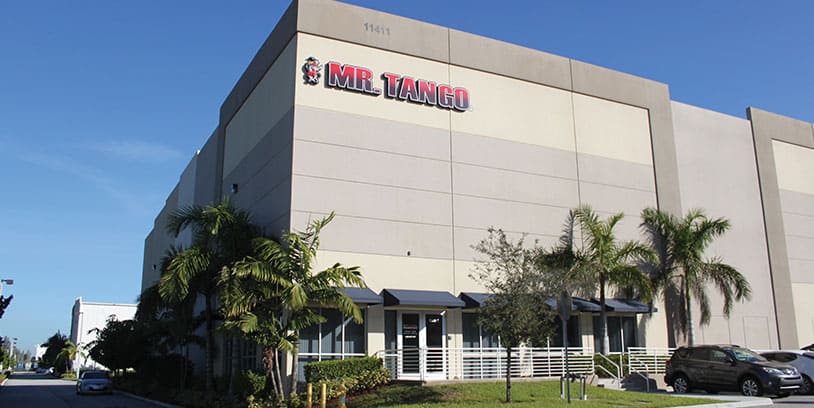 In the 1950s, Ricardo Presa’s story began, when in his native Argentina, he began to work on making chorizos, an art that he perfected over time, and that allowed him to make his American Dream come true.

In 1981 Presa moved with his family to the United States, settling in South Florida, where he used his knowledge in making sausages to open a small family business and sell his products to Argentine restaurants in the area.

The quality of its sausages and a Hispanic market’s demand for this type of chorizos that appeal to nostalgia for the typical flavors of their countries of origin allowed Presa to expand its business. In 1985, he founded the first Argentine-style sausage factory in South Florida under the brand Mr. Tango, in honor of the traditional Argentine dance and of which Presa is also a great admirer.

Today, Ricardo Presa enjoys retirement, while his sons manage the operations of Mr. Tango, which has a production plant in Miami with 48 employees.

Mr. Tango’s growth and diversification of its product line led the family company to work in a much broader market, which is why they decided, in 1995, to rename the company, Special America’s BBQ.

Mr. Tango’s chorizos have achieved full acceptance among consumers due to their quality. They are manufactured in a USDA inspected meat processing plant with high-quality meat, which is first ground and mixed, then filled and it is hung, and then transferred to another package.

They use fresh pork, never frozen, without additives, and use less fat than most other sausage products. When Mr. Tango sausages are cooked, they don’t decrease in size. All of their products are GMO and MSG-free, and all formulas are developed in-house.

Related Article: Latinos are Vital for the Future of Pork Consumption in the US

Mr. Tango has managed to conquer the Hispanic market in the U.S., thanks to the fact that they have developed their chorizos with flavors that represent the products that Latinos ate in their countries of origin.

The goal of Special America’s BBQ is to show consumers that their products can be used throughout the year in many dishes and not just during the grilling season. Mr. Tango products can be enjoyed in various ways and at all times, from breakfast to pizza toppings and paellas, to name a few.