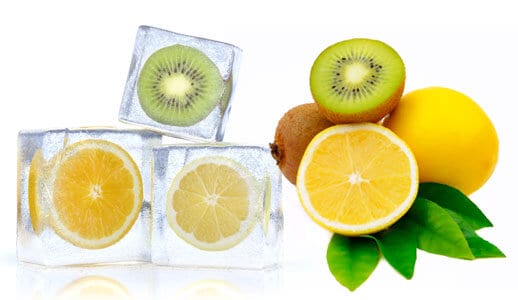 Generally, frozen or canned vegetables are prepared immediately after harvest when nutritional content is at its peak.

The topic of processed foods versus fresh foods has been a source of contention for some time. For example, vegetables are an important part of a balanced diet. Many people wonder if frozen and canned vegetables are as nutritious as fresh vegetables. The answer to this question depends upon the amount of time that has passed between the harvest and the freezing and canning processes. Generally, frozen or canned vegetables are prepared immediately after harvest when nutritional content is at its peak.

The way vegetables are prepared at home also can affect the nutrient content. Vegetables of any type (fresh, frozen or canned) that are boiled in large amounts of water for long periods of time lose much of their nutritional content, compared with vegetables that are lightly steamed.

Fresh or recently harvested vegetables are more nutritious than their frozen or canned counterparts. However, the latter are an acceptable nutritional alternative. Just be careful with the amount of added salt to canned vegetables; try to buy those without added salt. Also, do not overcook, vegetables, whether fresh or processed.

In both the cooking and nutrition fields, the dilemma between fresh and frozen foods has resulted in a lengthy dispute. Up until now, basically everything that comes out of the freezer has lost. The main disadvantage, it is argued, lies in the loss of nutrients generated by the freezing process. However, a study by the American Dietetic Association promises to bring back the good reputation of these foods.

According to the study, frozen fruits and vegetables can be just as substantial as fresh. It is all about making sure that they are packaged and stored immediately after harvest, when nutrient levels are at their highest point. However, to consume these foods in their optimum state, it is necessary to be vigilant and read labels carefully.

Try to choose vegetables that are not processed with salt or other seasonings, as these additives can affect their nutritional content. The same goes for fruit. It is recommended that you buy only those that have been packaged with their own juice and avoid brands that combine fruit with other substances, such as syrups. This information is usually listed on the product labels.

Fresh foods should be consumed shortly after purchase.

One advantage of processed foods is that they do not have to be consumed immediately. On the other hand, fresh vegetables and fruits should be eaten soon after purchase. If they are kept for several weeks in your refrigerator, they inevitably lose some of their nutritional value. Finally, instead of boiling, it is always better to steam or defrost frozen foods in the microwave to minimize the loss of water-soluble vitamins.

The general impression is that fresh foods (especially fruits and vegetables) are better for you than their frozen counterparts. Fresh produce (provided that it is not excessively steamed or otherwise overcooked) arrives at your table with its appearance almost unchanged and its nutrients intact, including its fiber content. Additionally, canned foods are noted for containing more added salt and sugar, and frozen foods are known for the additives they often require (such as emulsifiers and binders found in frozen desserts). Furthermore, it can seem illogical to think that food processed a year ago or more before consumption can still be nutritious.

6 facts about frozen and canned foods

For recipes using fresh and processed foods, follow this link at nutrition.gov: http://1.usa.gov/1To6r9Q.