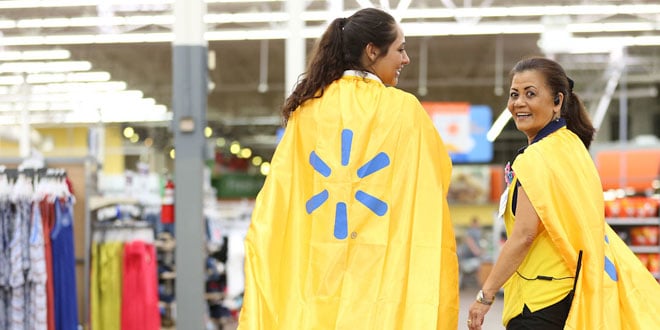 Walmart is launching a new initiative to attract more Hispanic buyers, including changing some of the members in their leadership team.

The initiative comes at a time when the arrival of recent German grocery stores, Aldi and Lidl, have raised the stakes in competition.

One of the changes is Shawn Baldwin, Senior VP general merchandise manager for produce and global food sourcing, who will reposition to a different role that focuses on the Hispanic consumer.

According to Supermarket News, Walmart spokesman Randy Hargrove, said, “We have a broad base of experience across our food business in the U.S., and we are putting some new faces in new places in other parts of the business to share that experience.”

Replacing Baldwin will be current Southeast senior VP of operations, Martin Mundo, who previously worked in a leadership position at Walmart in Argentina, before joining U.S. Walmart in 2012.

The bakery and deli departments will be divided among Kerry Robinson and Tyler Lehr. Robinson had been overseeing bakery and deli, and will now be focusing on bakery as a senior VP and general merchandising manager. Lehr will be in charge of deli services.

Likewise, Seth Malley, who was formerly the frozen foods merchandise manager, will now be VP and division merchandise beverage manager.

According to Reuters, changes have also been made to the merchandising team. Greg Hall was named Senior VP of merchandise operations of food.

Walmart Says Hispanic Buyers are an opportunity with Hispanic Millennials

According to Reuters, Target Corp. Chief Executive Brian Cornell, said in a conference that Hispanic buyers are shopping less. Target has experienced a behavioral shift with Hispanics this year.

According to Supermarket News, Stewart Samuel, program director IGD Canada, who oversees IGD’s research and coverage of Walmart, said the company’s increase of the Hispanic shopper “highlights the opportunity in this area, particularly with Hispanic Millennials.”

Walmart is a giant, well-known U.S. corporation with the employment of 2.3 million associates around the world.