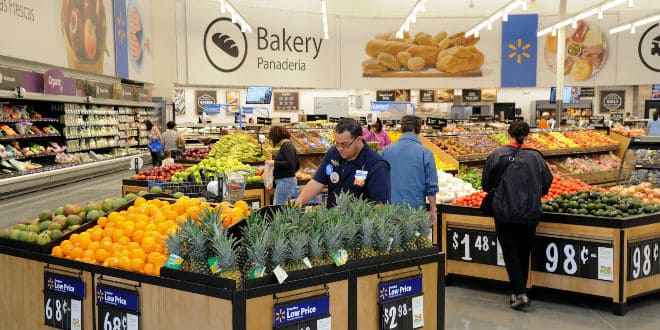 Walmart plans to revamp hundreds of its U.S. brick-and-mortar locations in over 20 states, according to the Food Institute, investing more than $800 million in renovations. The refits are said to include wider aisles, self-checkouts and brighter lighting.

As part of its $11 billion in capital expenditures announced last year, this fiscal year Walmart plans to add to stores across the country, as part of the renovations, an additional 1,200 autonomous floor scrubbers, which use assisted autonomy technology to clean and scrub store floors; 300 autonomous shelf-scanners, which scan shelves and identify when stock levels are low, labels are missing, or prices are incorrect. Also provide real-time inventory reports, directing personnel to areas of the store that need more attention.

1,200 FAST downloaders will be put into service, which scans and sorts items automatically as they come off trucks to direct items based on priority and department, so personnel spend less time unloading and more time with customers; and 900 Pickup Towers, 16-feet tall, high-tech vending machines that are able to fulfill shoppers’ online orders in less than a minute after they have arrived in store.

Also, with the renovations the company plans to expand Online Grocery Pickup to an additional 1,000 stores and add another 800 stores across the country to the retailer’s Grocery Delivery footprint.

“Our primary goal is to save time and money for our customers and there is no better place for shopping and convenience than Walmart,” said Uli Correa, Walmart Regional General Manager in Texas. “We’re very excited about rolling out improvements and innovations in 2019 that fit into our customers’ busy lifestyles and make shopping even easier.”

Some of the states where Walmart plans renovations and build new stores are: