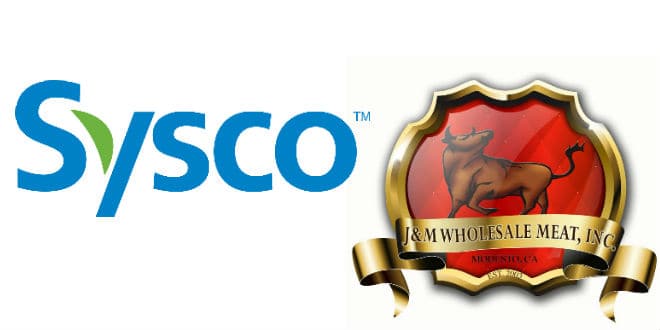 “The acquisition of these businesses is a complementary adjacency to our existing California area business and provides Sysco with the opportunity to further extend our reach into the Hispanic customer segment,” added Bertrand.

The deal is the latest in a series of acquisitions expanding Sysco’s reach at home and abroad.

In the past year, Sysco has acquired Doerle Food Services, a Louisiana distributor and Kent Frozen Foods, a U.K.-based distributor. In January, Sysco announced plans to acquire Illinois-based Waugh Foods, according to the Houston Chronicle.

For fiscal 2018 that ended June 30, 2018, the company generated sales of more than $58 billion. Last Friday, Sysco shares were up more than 1 percent at $68.82, after the announcement of the acquisition.