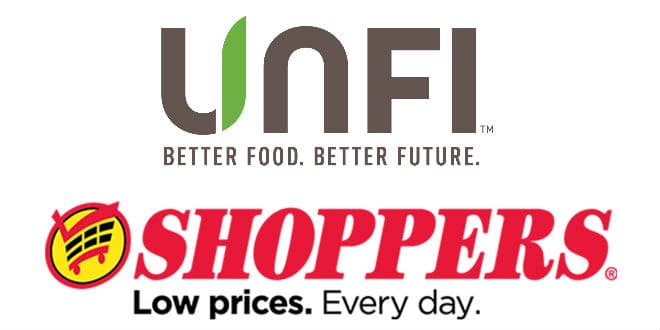 United Natural Foods (UNFI), has entered into definitive agreements to sell 13 of its 43 Shoppers Food & Pharmacy stores to three separate grocery operators. Each of the transactions is expected to close between mid-December and the end of February 2020, subject to customary closing conditions.

UNFI will also close four additional Shoppers stores, which are expected to cease operations by the end of January 2020. UNFI made the decision to not renew the lease at three of these locations and the fourth is being canceled pursuant to an agreement with the landlord.

According to Winsight Grocery Business, “an affiliate of the Hispanic-focused chain Compare Foods was acquiring five stores, and two more stores were going to McKay’s Foods, a family-run independent operator based in Hollywood, Md. Lidl is the third buyer, according to United Food and Commercial Workers (UFCW) Local 400, and is acquiring six sites”.

Shoppers locations not specifically identified in this sale agreement will remain open while UNFI continues to market for sale and operate these remaining stores.

Earlier this year, UNFI made the decision to close the 30 Shoppers pharmacies located in the stores and operated under the Shoppers banner and sold the prescriptions and pharmacy inventories to CVS and Walgreens.

“We will continue to wind down our retail footprint in a strategic and thoughtful manner to achieve the goals previously outlined. As we do this, we greatly appreciate the loyalty of our associates and the tremendous service they have provided to our customers,” Spinner added.

As part of the transactions, two of the buyers will enter into long-term agreements for UNFI to serve as the primary supplier of their acquired Shoppers locations under different banners. Founded in 1929, Shoppers serves the Baltimore, Washington, D.C., and northern Virginia communities.

Mark Federici, President of Local 400 of the United Food & Commercial Workers Union, which represents workers at the stores, reacted to the UNFI announcement, expressing his concerns about the future of the store workers.

“We were shocked to learn that UNFI plans to sell or close 17 of its remaining Shoppers stores in the next few weeks. We were shocked because this announcement has come after more than a year of silence from the company on its plans. Since UNFI acquired Shoppers, we have requested, insisted and demanded to be given information on the fate of these stores. In response, we have been met with cold indifference. UNFI has refused to provide us with any assurances that the hardworking men and women who have dedicated their careers to this company won’t be left out in the cold,” said Federici in a statement.

“Now, in the midst of the holiday season, the company suddenly informs workers at 17 locations that their livelihoods are at risk. Even now, UNFI continues to refuse to provide any assurance to workers that their families will be taken care of after these stores are sold or close,” added Federici.