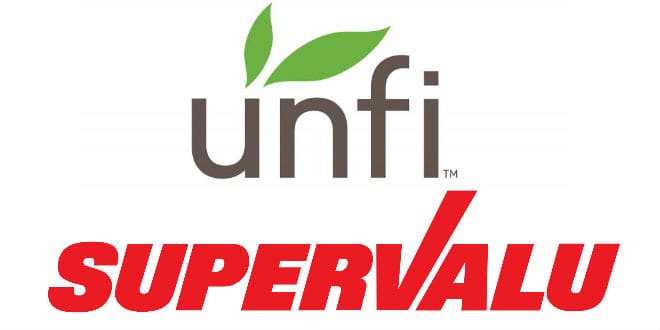 United Natural Foods, Inc. and Supervalu INC. today announced that they have entered into a definitive agreement under which UNFI will acquire Supervalu for approximately $2.9 billion, including the assumption of outstanding debt and liabilities.

“This transaction accelerates UNFI’s “Build out the Store” growth strategy by immediately enhancing our product range, equipping us to bring an attractive, comprehensive product portfolio to an expanded universe of customers,” said Steve Spinner, UNFI’s Chief Executive Officer and Chairman.

Mark Gross, Supervalu’s Chief Executive Officer, said that his company have been executing an ambitious strategic transformation for over two years and they consider this transaction “the best and natural next step for our stockholders, customers and employees. I am confident that, together, Supervalu and UNFI will be well positioned to succeed – and to help our customers succeed – in today’s grocery landscape.”

Gross has led Supervalu since 2016 and last year he directed the acquisition of Unified Grocers and Associated Grocers of Florida.

Executives of Supervalu and UNFI, said during the conference call the combined company will sell the Supervalu retail chains “in a thoughtful and economically driven manner.”

Supervalu’s retail operations include 78-store Cub Foods in the Midwest, 52-store Shoppers chain, which operates in the Washington, D.C., and Baltimore markets, the Shop’n Save brand that has a 40-unit chain in St. Louis and a 22-unit operation in mid-Atlantic states, the 40-store Farm Fresh chain in the Virginia Beach, Va., market, and the eight-unit Hornbacher’s chain in the Fargo-Moorhead market on the Minnesota border with North Dakota.

The Star Tribune reported that Supervalu’s financial performance and stock price has languished for years since it backed out of an effort to build a national retail presence. The company in 2006 bought the bulk of Albertsons Inc., then the nation’s No. 2 grocer with more than 1,100 stores, for $17 billion and ran it until 2012 when, amid declining sales and market share, it sold most of those operations to an investment firm for just over $3 billion.

For UNFI, based in Providence, R.I., the transaction will greatly expand its customer base and exposure across channels; the wider geographic reach and greater scale of the combined entity is expected to increase efficiencies and effectiveness

“Combining our leading position in natural and organic foods with Supervalu’s presence in fast-turning products makes us the partner of choice for a broader range of customers. Together, we can provide our “better for you” products as well as other high-growth segments, improving customers’ competitive advantages in a dynamic marketplace. These benefits, plus our increased efficiency and productivity, will enable us to create value for our shareholders, enhance opportunities for our suppliers, provide a broader assortment for our customers and create new prospects for our associates over the long term,” said Spinner.

UNFI CEO and Chairman will lead the combined entity and Sean Griffin, UNFI’s COO, will become the CEO of Supervalu. The transaction has been approved by the boards of directors of both companies and is subject to antitrust approvals, Supervalu shareholder approval and other customary closing conditions, and is expected to close in the fourth quarter of calendar year 2018.