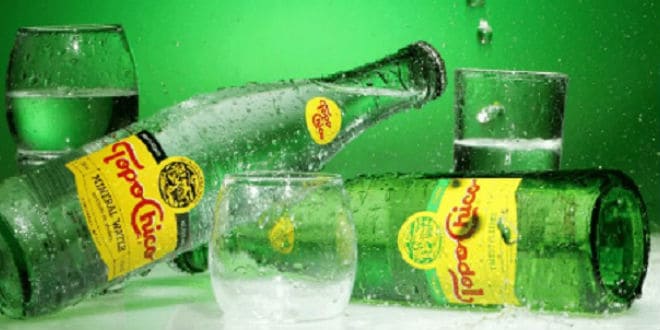 In the first quarter of 2018, Topo Chico mineral water grew its U.S. retail value more than 30% and has had a significant increase in its distribution, after being acquired by Coca-Cola last year.

During the company’s financial first quarter results presentation, Coca-Cola president and CEO James Quincey, highlighted how Topo Chico grew in the market, gained value share in the fast-growing sparkling water category and the company was able to extend the brand’s reach through its increase in distribution by 25%, while preserving its strong Mexican heritage.

Before Coca-Cola purchased the Mexican brand for $220 million in 2017, Topo Chico’s main distribution area was Texas, where 70% of sales were made.

“We’re encouraged with our first quarter performance as we continue our evolution as a consumer-centric, total beverage company,” Quincey said in a company press release.

Overall, Coca-Cola North America’s sparkling water portfolio posted more than 20% volume growth in 2017, and continued that trend in the first quarter of 2018, according to Nielsen data.

Coca-Cola’s senior vice president of hydration, Brad Spickert, said in a statement about the rapid growth of the mineral water category, “Unsweetened flavored sparkling water is a dynamic and exciting category as we look at our long-term growth plans”.

“While this sub-category represents less than 10% of total water category in retail dollars and is still a fraction of the size of categories like plain bottled water, sports drinks or carbonated soft drinks, it drove nearly 35% of the water category’s growth in 2017,” added Spickert.

It is important for Coca-Cola to maintain the authenticity and prestige of Topo Chico mineral water, which has been bottled at the Monterrey plant in Mexico since 1895.

“We’ll continue to protect the prestige of the brand, which is authentic to its heritage and hip without being pretentious,” explains Kellam Mattie, VP of marketing and innovation, Venturing & Emerging Brands (VEB).

“It’s important for us to maintain the relevance with the core Topo Chico fanbase while introducing the brand to new people,” Mattie said.