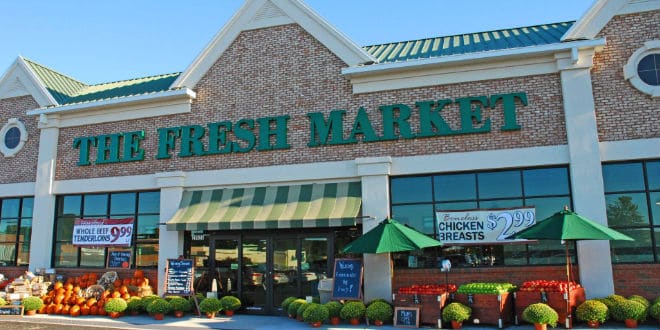 The Fresh Market Inc., an upscale grocery chain based in Greensboro, North Carolina, announced it will close 15 underperforming stores in nine states.

“Over the last eight months, our company has been executing a turnaround plan and we’ve seen great progress. However, for a variety of reasons unique to each retail location, that progress is not evenly distributed and, as a result, we have decided to close these long-term underperforming stores,” said The Fresh Market CEO Larry Appel in a statement.

The company was acquired in 2016 by private equity firm Apollo Global Management for $1.36 billion. The private-equity firm took over the company in an all-cash deal when Fresh Market began to look for suitors; sales growth had slowed, with comparable sales turning negative amid competition in the organic sector.

After being purchased, that same year, the grocery store chain closed 13 locations in Texas, Iowa, Missouri and Kansas.

No other store closures are expected in the foreseeable future, the grocery chain said in the press release. The company said it will relocate as many of the impacted employees as possible to other stores.

“Looking ahead, I am confident this move will better position The Fresh Market and enable us to continue delivering our great tasting meals, signature products and an incredible shopping experience,” said Appel.

The Fresh Market, known for high-quality produce, meat and prepared foods, was established in 1982 and currently operates 176 stores in 24 states across the U.S.

The 15 stores that are closing are: