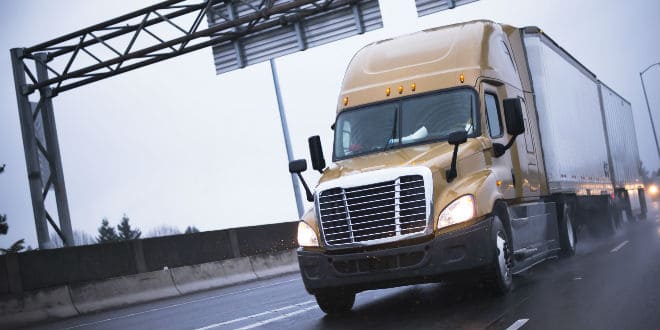 The lack of truck drivers is a huge problem for the transportation industry, including the food and retail industry.

The ATA mentions some reasons why the industry is suffering from a shortage of truck drivers, including lifestyle, gender, demographics and regulations. For example, many drivers are on the road for extended periods of time before they return, turning the job into more of a lifestyle than a career. It is a lifestyle not everyone is willing to undergo.

Age also deals with the shortage as younger generations are less interested in truck driving and are choosing jobs where they can start from a younger age, such as retail, construction or fast food industries. The current age requirement to drive a tractor-trailer across state lines is 21. The median age of over-the-road truck drivers is 49 and private fleet drivers have the median age of 52, according to the ATA. The ATA report mentions that the 18-20-year-old segment has the highest rate of unemployment of any age group, yet it is an age group that the driving industry cannot reach.

Females are also rarely working in this field, making up 6% of all drivers, according to the U.S. Department of Labor.

The lack of and cost of freight, specifically truck freight, has had an impact on the food chain. Food manufacturers, including Dean Foods, Tyson, Del Monte, Kellogg and U.S. Foods, have cited rising transportation costs as a drain on earnings this year, according to Food Business News. The difficulty of securing truck freight affects shipments of finished products and well as incoming ingredients.

Fuel prices have also continued to rise, with average on-highway diesel fuel prices being above $3 most of 2018, averaging $3.31 per gallon as of Oct. 1, up 52c, or 19%, from a year ago, according to the U.S. Energy Information Administration’s calculations.

Many companies have tried to boost pay to reel in more drivers, such as retailer Walmart, which offered $1,500 referral bonuses, reducing the “onboarding” process to 30 days form 70 days and running television ads, according to Bloomberg.