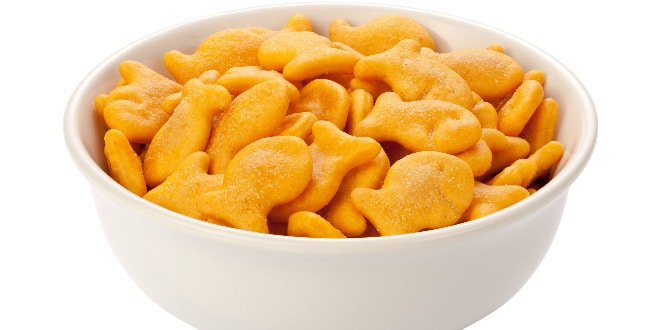 Pepperidge Farm has recalled four different goldfish crackers that have been distributed nationwide over possible salmonella contamination. The company was notified by one of its ingredient suppliers that whey powder in a seasoning that is applied to four varieties of crackers has been recalled due to potential salmonella.

Last weekend, Mondelez Global LLC issued a recall on Ritz Cracker Sandwiches and Ritz Bits products due to the possible contamination of the whey powder ingredient contained in them, also notified by its whey powder supplier. According to the company, the recall was issued as a precaution, as no illnesses have been reported yet.

So far, no illnesses have been reported from any of these recalls, but consumers are advised to not eat any of the recalled foods.

According to the U.S. Food and Drug Administration (FDA), all these products have the same whey ingredient supplied by Associated Milk Producers Inc., that may have been contaminated with salmonella.

As there are likely other food products made by other manufacturers that also use this common ingredient, there may be other recalls initiated in the coming days, the FDA said in a statement.