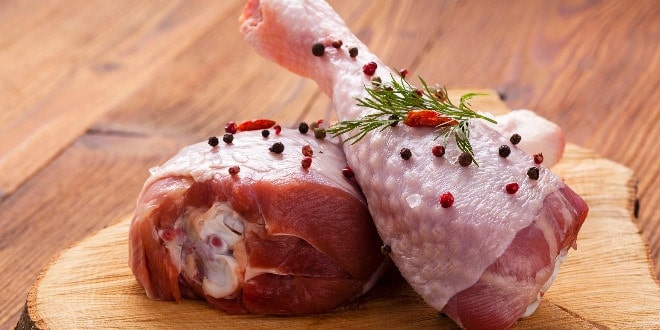 A nationwide salmonella outbreak has been linked to raw turkey products.

Ninety people have been infected in 26 states, with 40 being hospitalized, according to the Centers for Disease Control and Prevention (CDC). No deaths have been reported.

The CDC is still investigating the main source of the outbreak and reported that laboratory evidence indicates that raw turkey products from a variety of sources are making people sick.

The outbreak strain has been identified in samples taken from raw turkey products, live turkey and raw turkey pet food.

According to the CDC, ill people report eating different types and brands of turkey products purchased from many different locations, with two ill people saying they lived in a household where raw turkey pet food was fed to pets.

The highest number of infection cases has been in Minnesota, followed by Illinois, New York and Texas.

Illnesses began from November 20, 2017 and have continued to this month. Ill people range in age from less than 1 year to 91, with a median age of 41, according to the CDC.

Those infected with Salmonella may experience diarrhea, fever and stomach cramps 12 to 72 hours after being exposed to the bacteria. It usually lasts 4 to 7 days and most people recover without treatment. In rare cases, salmonella infection can lead to death unless the patient is treated with antibiotics.

The CDC advised consumers and retailers to wash hands thoroughly, cook raw turkey to a temperature of 165°F to kill harmful germs and to use a food thermometer.