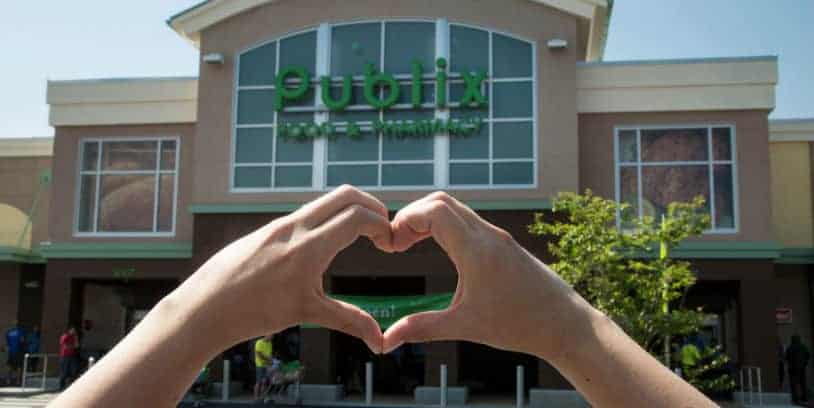 The need for food assistance has reached unprecedented levels in this country due to the coronavirus pandemic with Feeding America estimating that an additional 17 million Americans may face hunger, bringing the total to 54 million Americans. As part of their commitment to helping alleviate hunger, Publix and Publix Super Markets Charities are continuing their efforts to provide needed support to local communities and families through a combination of financial contributions, donations of fresh produce and milk purchased from southeastern farmers, Publix’s in-store perishable food recovery program and its Food for Sharing register campaign.

As the pandemic created an unexpected decrease in demand, many produce and dairy farmers across the Southeast found themselves dumping or plowing over products they could no longer sell. Meanwhile, food banks throughout the region were reporting substantial increases — some as high as 300% – 400% — in need.

To bridge the gap, Publix implemented a program to purchase surplus produce and milk from farmers and deliver it directly to food banks. Since April, Publix has purchased and delivered more than 11 million pounds of produce and 500,000 gallons of milk to Feeding America member food banks throughout the Southeast.

“Millions of Americans aren’t sure where they will get their next meal, and as a food retailer, we can make a difference,” said Publix CEO Todd Jones. “It’s been our privilege at Publix to help people in need for many years, most recently with our new program supporting farmers, food banks and families hit particularly hard by the pandemic. Publix is also grateful to Publix Charities for their continuing efforts to alleviate hunger in the communities we serve by bringing nourishment to people who need it most, especially during these difficult times.”

Every day in stores, as part of its perishable food recovery program, Publix associates gather wholesome but unsalable dairy, deli, meat, and produce items to give to member food banks and other nonprofits. Since 2011, Publix has donated more than 525 million pounds of food, equaling over 400 million meals, including more than 35 million meals already donated in 2020.

Twice each year, Publix offers its Food for Sharing campaign, allowing customers to join in its efforts to alleviate hunger by making donations at checkout. Over the last 11 years, Publix customers have contributed almost $96 million toward hunger-relief efforts. Customers are invited to support their local food banks by making donations in stores Sept. 1 – 13.

“Food banks across the country have been working tirelessly to meet increased demand, but we cannot do it alone,” said Claire Babineaux-Fontenot, CEO of Feeding America. “The most vulnerable people in our communities — including many children and seniors — need us now more than ever. Valued partners like Publix and Publix Charities allow us to respond more efficiently and effectively when our clients need us the most.”