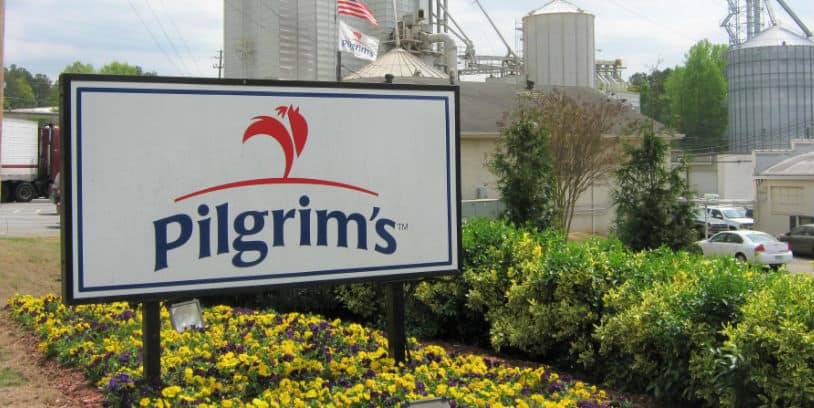 The chief executive officer of Pilgrim’s Pride, America’s second-biggest chicken producer, was charged by Federal prosecutors with conspiring to fix prices as part of an antitrust investigation of chicken-processing companies. He is one of four current and former chicken company executives named in the indictment.

According to the indictment, from at least as early as 2012 until at least early 2017, Jayson Penn, Roger Austin, Mikell Fries, and Scott Brady conspired to fix prices and rig bids for broiler chickens across the United States. Penn is the President and Chief Executive Officer of Pilgrim’s Pride.

A federal grand jury in the U.S. District Court in Denver, Colorado, returned the one-count indictment charges against Pilgrim’s Pride senior executives for their role in a conspiracy to fix prices and rig bids for broiler chickens.  Broiler chickens are chickens raised for human consumption and sold to grocers and restaurants.

“Particularly in times of global crisis, the division remains committed to prosecuting crimes intended to raise the prices Americans pay for food,” said Assistant Attorney General Makan Delrahim of the Department of Justice’s Antitrust Division. “Executives who cheat American consumers, restauranteurs, and grocers, and compromise the integrity of our food supply, will be held responsible for their actions.”

The U.S. Department of Justice said in a press release that Pilgrim’s Pride senior executives Penn, Austin, Fries, and Brady are the first to be charged in an ongoing criminal investigation into price-fixing and bid-rigging involving broiler chickens.

According to prosecutors, the defendants communicated about their prices and negotiated to fix, stabilize and raise prices. The indictment cites a number of alleged phone calls and text exchanges between them.

“The FBI will not stand by as individuals attempt to line their pockets while hard-working Americans and restaurant owners are trying to put food on their tables,” said Timothy R. Slater, Assistant Director in Charge of the FBI’s Washington Field Office.  “Today’s announcement shows the FBI’s commitment to investigating allegations of price-fixing so that the perpetrators can be held accountable.”

The offense charged carries a statutory maximum penalty of 10 years in prison and a $1 million fine. The maximum fine may be increased to twice the gain derived from the crime or twice the loss suffered by victims if either amount is greater than $1 million, according to the Department of Justice.