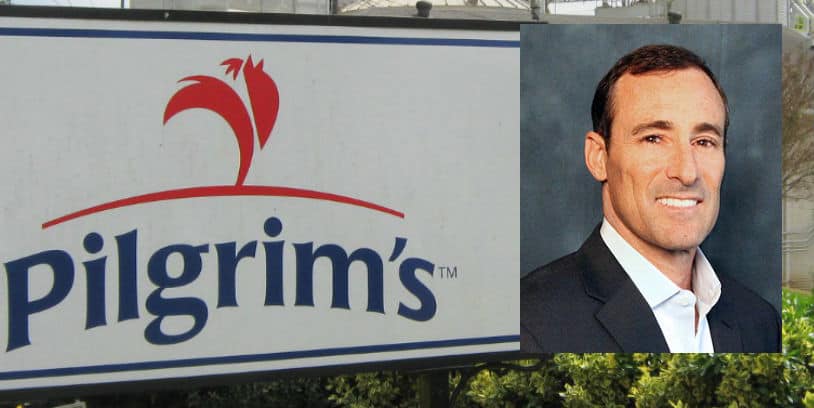 Pilgrim’s Pride Corporation announced that president and CEO Jayson Penn has begun a paid leave of absence to focus on his defense of the recently disclosed federal indictment against him for fix prices and rig bidding in chicken supply negotiations with restaurant chains, to which he pleaded not guilty, the company said.

The Pilgrim’s Board of Directors has appointed Fabio Sandri, Pilgrim’s CFO, as interim president and CEO.

“Pilgrim’s operates with the highest standards of integrity and is committed to free and open competition that benefits both customers and consumers,” said Gilberto Tomazoni, chairman of Pilgrim’s Board of Directors.

“The board takes the recent allegations very seriously and believes it is in the best interests of both Jayson and the company that he is given the opportunity to focus on his legal defense during this time. Jayson has built a strong leadership team at Pilgrim’s. The board has complete confidence in the ability of Fabio and the team to continue to implement Pilgrim’s strategy and successfully run day-to-day operations,” stated Tomazoni.

Fabio Sandri joined Pilgrim’s as Chief Financial Officer in June 2011. According to the company, he brings to his role as interim CEO nine years of experience with the company as a leader of its financial management and investor relations activities.

Penn took over as CEO in 2019 following the retirement of Pilgrim’s prior CEO. He started at the Colorado-based company in March 2011 and previously headed its commercial business group and oversaw sales and operations.

The Justice Department in early June indicted Penn and three other poultry industry executives, Roger Austin, a former vice president of Pilgrim’s; Mikell Fries, the president of Claxton Poultry; and Scott Brady, a Claxton vice president, in what the government said was a long-running effort to fix prices and rig bidding in chicken supply negotiations with restaurant chains.

Justice Department lawyers alleged that executives at Pilgrim’s, Claxton Poultry Farms, and other chicken companies shared information on their own prices and that of competitors via phone calls and text messages as they negotiated with restaurant chicken buyers.

The four executives face a statutory maximum penalty of 10 years in prison and a $1 million fine.

According to The Wall Street Journal, all of the defendants have pleaded not guilty, and a lawyer for Penn said in court after the indictment that Penn expected to be fully vindicated. A Claxton spokesman has said the charges are meritless.