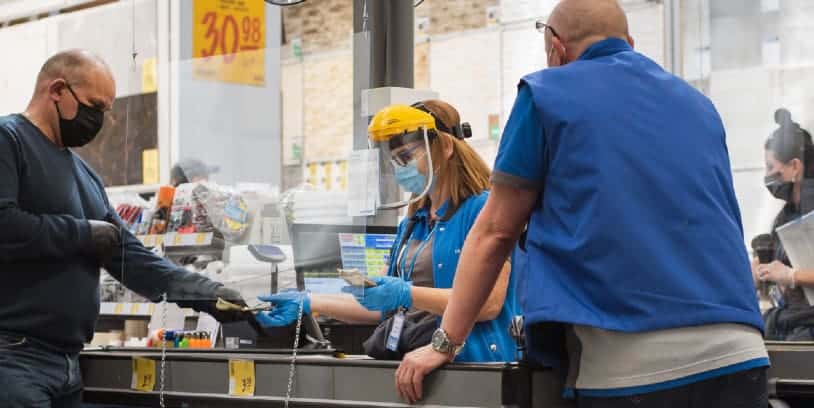 A federal district court rejected the California Grocers Association (CGA) petition to temporarily halt the city of Long Beach’s ordinance that orders supermarkets give their workers extra pay due to the coronavirus pandemic.

Federal District Judge Dolly M. Gee denied the California Grocers Association’s request because, in her judgment, the group had failed to show that its members would face imminent irreparable harm without the injunction.

The California Grocers Association filed a lawsuit on January 20 against the city of Long Beach, California, to stop the city’s ordinance that orders certain supermarkets to temporarily increase the payment of wages to their workers due to the crisis by the pandemic.

On February 19, the federal court will have a new hearing on the lawsuit.

Long Beach passed the “Premium Pay for Grocery Workers Ordinance,” which requires employers to pay a $4 per hour premium on whatever the employees existing wage is at the time of enactment, regardless of any existing bonus, incentive, or hero pay program that the employer may have in place.

The association, which represents more than 300 grocery stores in California, said in its lawsuit that “the ordinance unreasonably singles out specific employee classes in specific grocers while ignoring employers or essential frontline workers outside the grocery industry. Plaintiff seeks a declaration that the law is invalid and unconstitutional, and an injunction halting any action to enforce the ordinance on the grounds that it is preempted by federal law regulating collective bargaining and unfair labor practices; violates the equal protection and contracts clauses of the U.S. and California constitutions”.

According to a Law360 report, Judge Gee said in her decision to deny the California Grocers Association petition that “the plaintiff, which brings this action on behalf of its members operating grocery stores in the City of Long Beach, fails to establish how it will be irreparably prejudiced or harmed if the underlying request for injunctive relief is heard according to noticed motion procedures.”

Ron Fong, president and CEO of the California Grocers Association, stated that the court’s decision was disappointing.

“Long Beach shopkeepers are disappointed that the court has ignored the significant negative effects of this ordinance and has refused to grant a short break on its effective date. We look forward to the February 19 hearing,” said Fong.