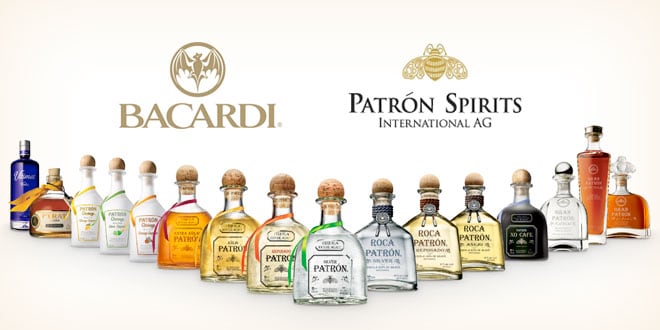 International spirits company Barcardi has joined forces with Patrón Spirits International and 100% acquired the company for $5.1 billion, expecting to close in the first half of 2018.

The purchase followed a long, successful history that the companies had with each other since Bacardi’s significant minority stake in Patrón in 2008.

This partnership is a positive move for the companies as both are worldwide popular spirits. Patrón Tequila was founded by John Paul DeJoria and Martin Crowley, whose goal was to create a tequila shot that was “simply perfect.” According to the company, Patrón is produced from the highest quality 100% Weber Blue Agave, distilled through time-honored processes with precise care and delivered in the iconic blue bottles that customers have come to know so well.

Speaking on that mission of starting the perfect tequila, according to Business Wire, John Paul DeJoria, co-founder of Patrón tequila, said, “Today, with that continued commitment to quality and several other extraordinary brands in our portfolio, we produce more than three million cases of distilled spirits annually that are enjoyed around the world. I am proud of what our entire organization has accomplished, and the work we do in giving back to the people and communities in which we operate.”

Tequila is fast-growing and ever-popular in the spirit industry, with Patrón being the leader in the super-premium segment. According to Business Wire and the most recent IWSR data, this transaction will make Bacardi the number one spirits player in the super-premium segment in the U.S. and the second largest spirits company in market share by value in the critically important United States market.

“Patrón and Bacardi were both founded on the principles of quality, integrity, and innovation, and driven by a sense of fearlessness – it’s in our DNA,” said Facundo L. Bacardi, Chairman of Bacardi Limited, according to Business Wire. “It has been a privilege being a partner for a number of years with a remarkable entrepreneur like John Paul DeJoria. John Paul’s vision, integrity, and courage are responsible for introducing the world to simply perfect tequila. As we move forward together, we will continue to pursue perfection as the guiding light in everything Patrón stands for.”