Home » News » Opportunities with Generation Z During the Holiday Season 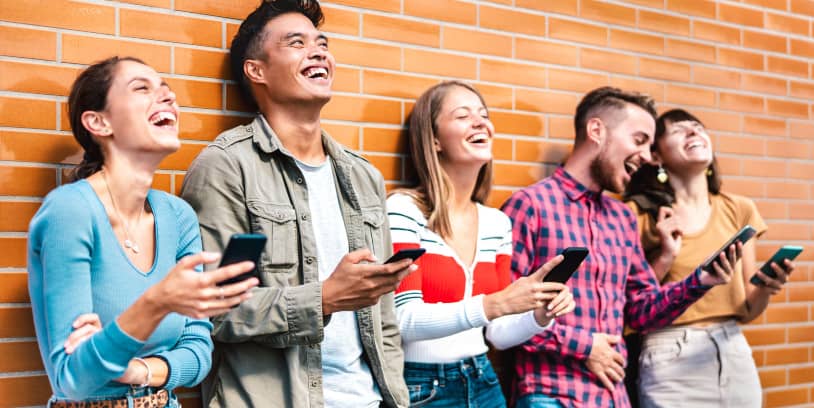 The end-of-the-year holiday season always allows us to enjoy this country’s impressive mix of cultures in culinary terms. Can you imagine the millions of immigrants who have arrived from all corners of the world with their delicious New Year’s Eve recipes after four centuries? This festive gastronomic “fusion” began 400 years ago in Massachusetts when European settler pilgrims and Wampanoag Indians exchanged their favorite dishes. Now we see that the fusion of foods and recipes is still a reality today more than ever. Why? Because the most diverse generation in U.S. history, Generation Z (1997 – 2012) is multicultural in composition, making them more open to trying different flavors, dishes, ways of eating, and health consciousness.

According to the U.S. Census Bureau, Generation Z has a population of 72 million. In addition, today, there are many blended families. In the case of my Latino father and Anglo mother, there were the “traditional American” dishes during the holiday season, turkey, ham, mashed potatoes, apple, and pumpkin pie. Still, there was no shortage of tamales, dulce de brevas, natilla, and sabajón (Colombian style Eggnog). So, I enjoyed both cultures’ foods, desserts, and drinks. In Generation Z, there are many blended families.

Need for a Diverse Menu

For Generation Z, it’s essential to have a food menu that is as diverse as they are. People of Generation Z are not likely to do away with old American holiday traditions (turkeys are here to stay!) So, if you’re in the food retail or restaurant business, here are some quick tips to help you keep Generation Z fed during the holiday season.

Rest assured, they value traditions and still flock to holiday stalwarts like turkey and chestnut stuffing. But the diversity of their backgrounds makes international holiday menu options just as appealing. You’ll often see this at “Friendsgiving” parties, where shared meals prompt guests to bring dishes that reflect their diverse backgrounds.

Generation Z loves to eat snacks. So much so that their generation popularized the phrase “looks like a snack.” Generally, members of this demographic don’t like to overeat; they’re more comfortable with a good assortment of snacks.

A recent study finds that Generation Z prefers snacks more than previous ones by an overwhelming 53 percent, which makes sense when you consider that snacks are easy to prepare and appeal to the hands-on nature of a digital generation that feels like it’s always on the go.

There’s also a health-conscious aspect to Gen Z’s snacking habit. Snacking throughout the day can give you 24-hour energy that doesn’t dissipate as it would after consuming a larger meal.

Restaurant tip: Holiday dining traditions tend to be famous for their large-scale meals. But sometimes, a stomach-busting meal isn’t part of the Generation Z plan. Prepare your holiday menus accordingly, with smaller to medium-sized options. Tapas anyone?

And you thought Millennials were picky when it came to meal prep! Regarding holiday meals, Gen Z likes to keep things very grounded (and preferably non-GMO) even more than Millennials and were the pioneers of the slogan, “farm to table.”

As a general rule, Gen Z seeks out organic, natural, locally sourced, and sustainable menu options in unprecedented numbers. Mashed potatoes can still be part of the menu, but it would be wiser to offer healthy sides of locally sourced vegetables and vegetarian options to appeal to Gen Z.

Feed Generation Z’s preferences, and you’ll be rewarded. From Diwali to Thanksgiving, Mawlid un-Nabi, Hannukah, and Christmas dinner, and every breakfast, lunch, dinner (and snack) in between, Generation Z is making an indelible mark on holiday meals. Food retailers and restaurants should be on the lookout for this generational group’s rapidly expanding food preferences. The most diverse generation in U.S. history wouldn’t have it any other way.