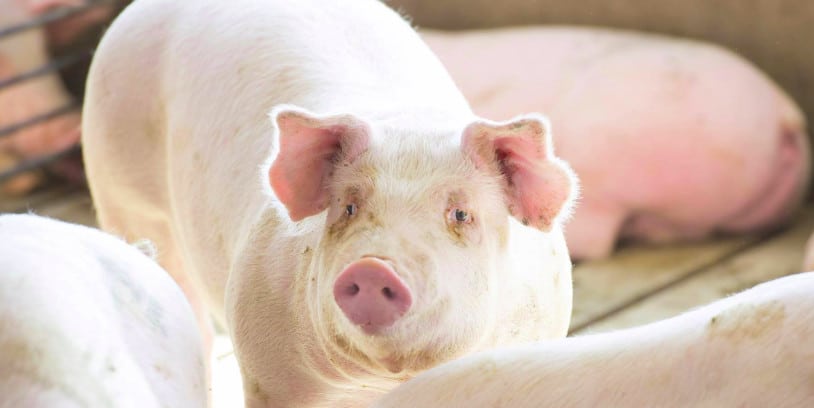 The ruling by the U.S. Court of Appeals for the Ninth Circuit against the National Pork Producers Council and the American Farm Bureau Federation seeking to challenge Proposition 12 in California could trigger severe shortages of pork and high prices for products such as bacon in that state.

In 2018, California voters overwhelmingly approved, by a 63% margin, Proposition 12, the world’s strictest farm animal protection law, according to the Humane Society of the United States, which led the campaign to pass the measure.

Proposition 12 built on previous California laws to ban the cruel caging of egg-laying hens, mother pigs, and calves used for meat production. The rule also prohibits the sale in California of eggs, pork, and veal if they are the product of extreme confinement.

“The 9th Circuit’s unanimous decision comes on the heels of the Supreme Court’s rejection of a meat industry lawsuit against Proposition 12,” said Rebecca Cary, staff attorney for the Humane Society of the United States. “It affirms once again what the meat industry should be hearing loud and clear by now: that states have the right to pass laws that reject cruel products and protect the health and safety of their citizens.”

Starting early next year, California will begin enforcing the new farm animal protection provision. Still, while domestic beef and egg producers are optimistic about complying with the new rules, only 4% of pork producers have conformed to the new regulations, according to an Associated Press report.

“With little time left to build new facilities, inseminate sows, and process offspring before January, it’s hard to see how the pork industry can adequately supply California, which consumes about 15% of all pork produced in the country,” the AP reported.

The state has large Latino and Asian populations that have long had cultural preferences for pork, according to the National Pork Producers Council (NPPC).

Related Article: Latinos are Vital for the Future of Pork Consumption in the US

The AP report noted that if California suddenly lost half of the pork supply, bacon prices would skyrocket 60%, meaning a $6 package would rise to about $9.60, according to a study by the Hatamiya Group a consulting firm hired by opponents of the state proposal.

California restaurants and grocery stores use about 255 million pounds of pork a month. Still, their farms produce only 45 million pounds, a global food, and agriculture financial services firm.

NPPC warned that compliance with Proposition 12 would cost farmers millions of dollars and consequently has the potential to drive small hog farmers out of business and undermine the global competitiveness of the U.S. pork industry.

The sale of pork in California that does not comply with Proposition 12 will be considered a criminal offense punishable by a $1,000 fine and 180 days in jail. The violation also exposes the seller to a civil action for damages or injunctive relief under California Business and Professional Code section 17200.