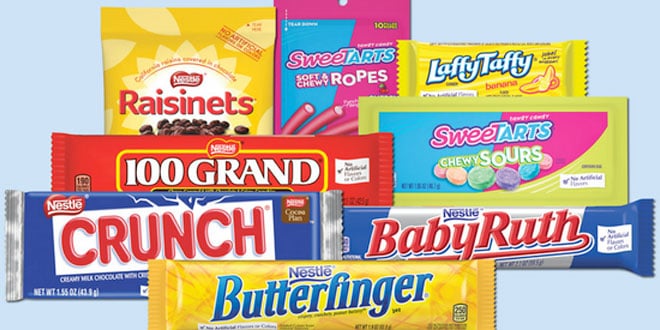 Nestle is considering selling its U.S. candy business which includes Butterfinger, BabyRuth, and 100Grand. A decision is expected to be completed by the end of 2017.

The Swiss confectionery giant said in a statement it remained “fully committed to growing its leading international confectionery activities around the world, particularly its global brand KitKat.”

In the United States, Kit Kat is licensed to Hershey and is not part of Nestle’s portfolio.

Although the company plans to part ways with the U.S. candy market, the sale won’t cover the Toll House baking products, which means U.S. customers can keep making those iconic chocolate chip cookies, and will continue to grow the sweets category on a global scale.

Candy sales in 2016 were disappointing for Nestle

Nestle ranks fourth in terms of market share in the U.S. confectionery category. The top three players are Mars, Hershey and Modelez.

According to the Swiss company, the US confectionary business did nearly $930 million, last year, and the U.S. is Nestle’s biggest market in this international business with roughly $27.3 billion in overall sales.

Nestle said earlier this year that candy sales in 2016 were disappointing, and global pricing pressure has forced it to cut costs.

The company was originally founded in 1866 and now currently operates in 191 countries around the globe. In the United States alone, Nestle employees more than 51,000 people through 47 of the 50 states.

Related: Which are the top three food and drink companies in the world?

The company aims to focus on growing its healthier brands and expanding on categories including pet care, bottled water, frozen meals, infant food, and ice cream.

That strategy, underlined by last year’s naming of a healthcare veteran as CEO, Mark Schneider, comes as the whole packaged food sector battles a slowdown from a new generation of savvy consumers that are eating fresher and healthier foods.