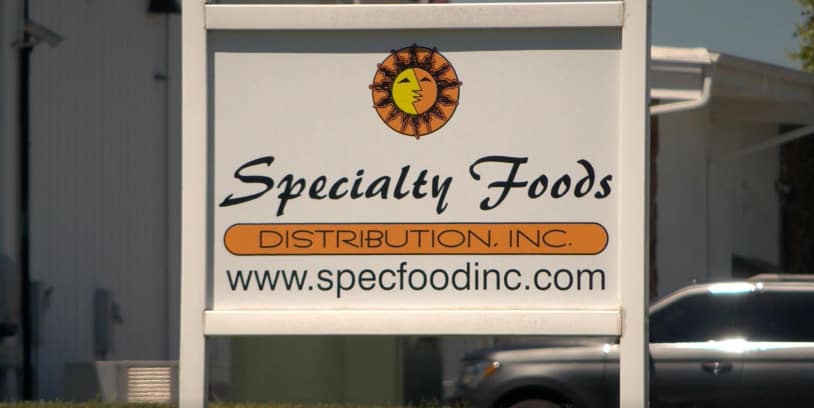 The owner of dozens of Mexican restaurants in several states, and also the owner of Specialty Food Distribution in Joplin, along with the company’s president, CFO, controller, and sales manager, are among 19 defendants charged in a federal racketeering conspiracy (RICO case) to hire undocumented workers, announced the U.S. Attorney’s Office from the Western District of Missouri.

Also, among those charged are eight current or former managers of restaurants located in Butler, Springfield, Lebanon, West Plains, Willow Springs, and St. Robert in Missouri; and in Overland Park, Great Bend, and Augustus in Kansas, said the federal indictment.

Homeland Security Investigations (HSI) agents, with the assistance of numerous local, state, and federal agencies, executed a series of search warrants today at 10 locations in Missouri, Kansas, and Oklahoma. Federal agents have so far arrested 14 of the 19 defendants.

The RICO indictment alleges that 17 of the 19 co-defendants were part of an organized criminal enterprise from July 2003 to Aug. 10, 2021, that smuggled Mexican, Guatemalan, and El Salvadoran nationals who were not authorized to live or work in the United States. Conspirators allegedly harbored them in Missouri, Kansas, Arkansas, and Oklahoma.

Jose Luis Bravo, 51, Anthony Edward Doll, 43, Miguel Tarin-Martinez, 42, and Jose Guadalupe Razo, 51, created a network of restaurants operating as LLCs in states throughout the Midwest. Bravo and his co-conspirators allegedly supplied these restaurants with undocumented workers to staff positions at the restaurants. According to the indictment, conspirators did not pay the appropriate state and federal payroll taxes, overtime wages, and worker’s compensation for unauthorized employees.

Bravo, identified in the RICO indictment as the enterprise leader, is the owner of Specialty Food Distribution in Joplin. Bravo is also the owner of a group of restaurants registered as Bravos Group, LLC, including El Charro, El Charrito, Playa Azul, Itza, LLC, Cantina Bravo, and El Chango.

Related Article: Inflation Keeps Rising, But for How Long?

According to the indictment, 31 limited liability companies (LLCs) operated 45 Mexican restaurants in multiple states. At least an additional 11 companies were involved in restaurant supply and logistics, real estate, and construction.

In addition to smuggling and harboring undocumented workers, the RICO indictment alleges the racketeering activity included:

Members and associates of the criminal enterprise protected unauthorized employees from detection by immigration authorities by:

According to the indictment, Bravo supplied unauthorized alien workers to managers at restaurants where he had a financial interest. The indictment says that Bravo arranged to have undocumented workers smuggled into the United States to work at these restaurants and other businesses. Bravo allegedly assisted these aliens with obtaining fraudulent documents that would allow them to work in the United States. He allegedly helped secure transportation and lodging for them on route to restaurants where they were to work.

Jose Razo is the president of Specialty Food Distribution. Razo allegedly employed unauthorized workers at Specialty Foods Distribution as salesmen and warehouse workers and directed other employees to limit these workers’ exposure to potential immigration inspections. Jose Razo also allegedly counseled restaurant managers on how to manage, document, and compensate unauthorized workers in ways that would minimize their detection by immigration officials.

According to the RICO indictment, the investigation began when the Kansas Department of Labor contacted Homeland Security Investigations (HSI) regarding allegations that the Bravos Mexican Grill in Overland Park employed unauthorized aliens. When HSI announced a Form I-9 inspection on July 16, 2018, agents discovered that 14 of the 17 Bravos employees whose I-9 forms had been inspected were ineligible to work. During another inspection of Bravos on Feb. 28, 2019, agents identified eight unauthorized aliens were working there. Five of those employees had been identified previously as ineligible to work.

On June 7, 2019, HSI inspected ten restaurants in Missouri, Kansas, and Oklahoma. Those restaurants operated under LLCs, doing business as El Charro (Claremore, Butler, and Springfield), Playa Azul (Great Bend, Pratt, Kan., and Wichita, Kan.), Iguana Azul (Nevada, Mo.), Los Sauces (Nevada, Mo.), and La Paloma (Springfield). All of them were found to have employed unauthorized workers. Approximately 68 percent of the employees audited at the restaurants were not authorized to work in the United States.

The U.S. Attorney’s Office, Western District of Missouri, said all defendants, except for Rivas-Gomez and Rivas-Carrillo, are charged with participating in the RICO case. Rivas-Gomez and Rivas-Carrillo are each charged with one count of the use of an unlawfully obtained document and one count of the false representation of a Social Security number.

The RICO indictment also contains forfeiture allegations against several defendants, which would require them to forfeit to the government the funds contained in several bank accounts as well as real estate located in Great Bend, Pittsburg, and Augusta in Kansas; Butler, Joplin, and West Plains in Missouri; and Claremore, Okmulgee, Muskogee, Enid, and Tahlequah in Oklahoma.

According to a press release from the U.S. Attorney’s Office, Western District of Missouri, this case is being prosecuted by Assistant U.S. Attorney Rudolph R. Rhodes IV with the Homeland Security Investigations and IRS-Criminal Investigations.

The charges contained in this indictment are simply accusations and not evidence of guilt, the U.S. Attorney’s office said. Evidence supporting the charges must be presented to a federal trial jury, whose duty is to determine guilt or innocence.