Home » Agricultural Industry » The Path of Fruits and Vegetables During 2021 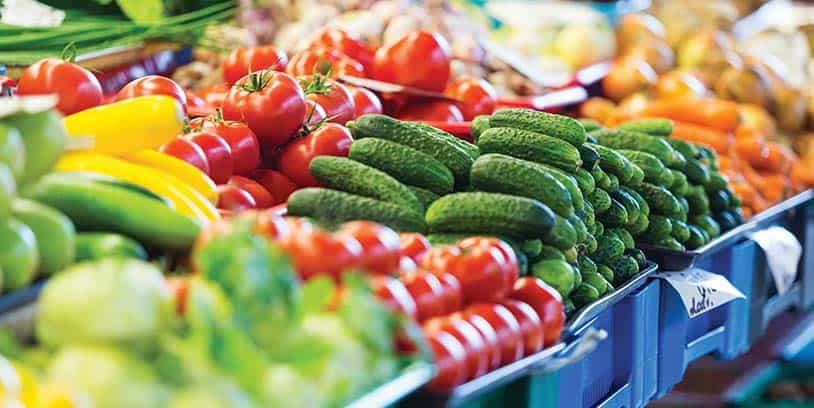 Although this year has been a little easier to bear than last year following the coronavirus outbreak that appeared in China in December 2019 and its subsequent global spread, consumers and businesses are still experiencing a time of uncertainty and economic recession. Considering the impact of the pandemic on all economic sectors, including the agricultural industry, in this article, we analyze how the eight main fruits and vegetables that Mexico ships into the United States across the McAllen, Texas border have been affected.

As can be seen in the chart, the traded volume of these products during 2020 increased compared to 2019. Meanwhile, in 2021 the volume in production within the U.S. and imports from other countries, mainly Mexico, also increased, except mango.

In the case of avocado size 84s, it can be observed how prices at the border with Mexico have been very stable compared to those of the previous year and well below those presented in April, May, June, and July 2019.

The stable price of 2021 and 2020 may be because the volume of products traded has also been very stable, as we could observe in the previous graph.

On the other hand, Broccoli shows a different price behavior, as in Salinas, California, which this year had not surpassed the $20 barrier, unlike in previous years, especially in 2020, when it surpassed $30.

Lemons offer us another interesting data, and it can be seen in the following graph. In 2021 and 2019, the price of this product has exceeded $40, while in 2020, the cost during this same time barely reached $30.

Lemons price is an interesting case since, during the confinement last year, the cost of most citrus fruits increased due to consumers raising their consumption because of their high vitamin C content and the perception that these fruits strengthen the consumer’s immune system.

Instead of increasing, lemons’ prices decreased. Could we conclude that consumers do not associate lemons as a rich source of vitamin C, while this year, the price has also increased despite the increase in volume?

Another major challenge facing the agriculture industry this year has been the increase in freight costs, which in some cases have risen by more than 50% over previous years. This increase in transportation costs impacts the entire food supply chain, from the producer to the end consumer.

The following chart shows this increase in a prevalent route such as Salinas, California, to New York.

We can see how fruits and vegetables brought from Mexico were also affected because the costs from the border to the different destinations, such as New York, increased, as we can see in the following graph.

Regarding the prices that the final consumer has paid for the products when analyzing the cost of the pound of strawberries, we see that it has increased its volume the most this year compared to the previous one. This increase in volume has not been related to a decrease in the consumer’s price at the national level. On the contrary, the price has risen mainly in May and would be related to higher transportation costs.

The pandemic has brought consequences, and industrial sectors have been greatly affected by this contingency. But based on this analysis, we can conclude that agriculture and the food industry are not sectors that have been most affected in the last year and a half.

It is clear that people depend on supply chains for nutrition and food, so they prioritize their food security.