Home » News » Inflation Keeps Rising, But for How Long? 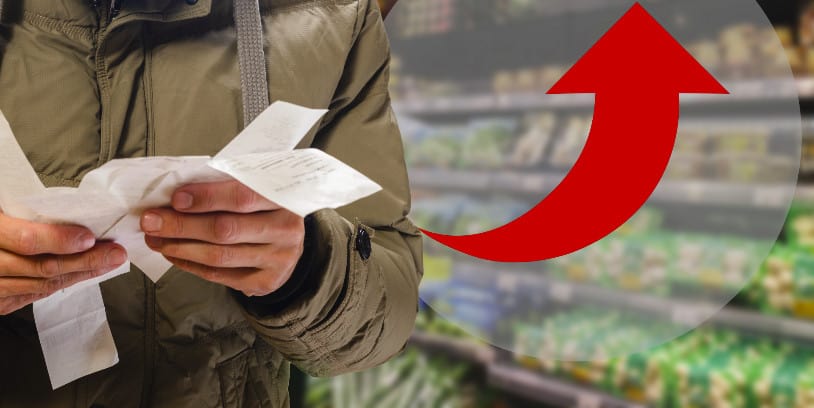 Inflation remained elevated in July and analysts expect the consumer price index to remain above 5% on a year-over-year basis at the end of the third quarter, Bloomberg reported after the U.S. Bureau of Labor Statistics released July Consumer Price Index figures.

The Bureau of Labor Statistics reported that the consumer price index increased 0.5% in July after rising 0.9 percent in June.

The report adds that, over the last 12 months, prices increased 5.4%. The housing, food, energy, and new vehicle indexes all rose in July and contributed to the monthly all items seasonally adjusted increase.

“Inflation is likely to be more persistent and pervasive than predicted by the Federal Reserve,” Knightley added.

Related Article: How is the Restaurant Industry Recovery Going?

The food index increased 0.7 percent in July as five of the major grocery store food group indexes rose, and the food away from home index increased 0.8 percent. During the last 12 months, food prices rose 3.4 percent, compared to a 2.4 percent raise for the period ending June.

Meanwhile, the energy index rose 1.6% in July, as the gasoline index increased 2.4% and other energy component indexes also rose. The index for all items less food and energy rose 0.3% in July, after rising 0.9% in June.

National Retail Federation Chief Economist Jack Kleinhenz warned that inflation expectations “can become self-fulfilling” with workers demanding higher wages if they expect prices to go up, forcing employers to raise prices and creating a continuous cycle. A University of Michigan survey last month found consumers expect inflation of 4.8 percent over the next year, the highest since a spike in oil prices in 2008, but a Federal Reserve index predicts only 2.75 percent.

Food Price Index Figures and the Impact on Inflation