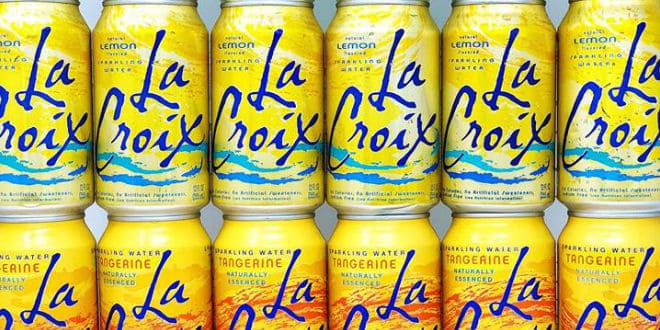 National Beverage Corp. has been hit with a lawsuit over non-natural ingredients in their LaCroix sparkling water brand.

Law firm Beaumont Costales filed the suit on behalf of customer Lenora Rice, according to CBS Philadelphia. The complaint states that the company’s LaCroix products contain ingredients identified by the U.S. Food and Drug Administration (FDA) as synthetic.

“These chemicals include limonene, which can cause kidney toxicity and tumors; linalool propionate, which is used to treat cancer; and linalool, which is used in cockroach insecticide,” the lawsuit alleges, according to Food Dive.

The company denies the allegations and claims that the natural flavors in LaCroix come from the natural essence oils from the fruit used in each of the flavors. According to a company press release, National Beverage Corp., said there are no sugars or artificial ingredients contained in, or added to the extracted flavors.

Limonene and linalool can be used in pesticides, but when presented as food flavorings, the chemicals do not present a danger to humans, according to PubChem, a chemical database managed by the National Center for Biotechnology Information (NCBI). Although the chemicals in LaCroix can be extracted from plants, they can also be produced synthetically.

Lawsuit seeks to stop LaCroix from promoting as natural

The term “natural” has been argued over for a long time. According to the FDA, the term “natural” means nothing artificial or synthetic (including all color additives regardless of source) has been included in, or has been added to, a food that would not normally be expected to be in that food. However, the policy was not intended to address food production methods, such as the use of pesticides, nor did it explicitly address food processing or manufacturing methods, such as thermal technologies, pasteurization, or irradiation, according to the FDA.

The lawsuit hopes to stop LaCroix from falsely promoting its products as natural and to award damages to those who drank the sparkling water under the impression that it was natural.

This lawsuit is one of many geared towards brands in the food industry lately. In 2016, three consumer groups sued General Mills for a trace amount of glyphosate in their Nature Valley granola bars. Monster beverage was also sued in July in a lawsuit that claimed that the company sold some products as “natural,” even though they had synthetic or artificial ingredients and/or added colors.