Home » News » Kombucha is King: Kombucha Market up by 41% 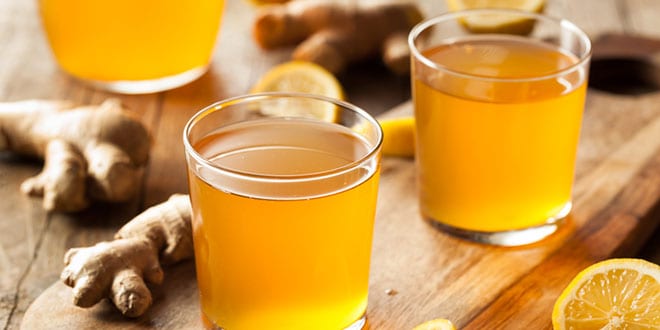 Kombucha is hardly a new product in the U.S. market. In fact, it has been around for 15 years, but thanks to the recent mass consumer appeal of health and wellness products, the fermented tea drink is seeing record sales numbers.

According to New York-based Beverage Marketing Corporation’s (BMC) September 2016 report titled U.S. Ready-To-Drink Tea through 2020, “…over the past several years there have been increasingly unmistakable signs that kombucha has evolved from being a specialty item among an extreme sub-segment of foodies on the West Coast to a segment of broad interest even transcending the natural-foods channel”.

The kombucha market grew by approximately 41 percent to $534 million wholesale during the 2016 period, explains Roger Dilworth, senior editor at BMC, and it doesn’t seem to be slowing. “Forty-plus percent growth will be hard to maintain, of course, as the category’s base grows, but [we] don’t foresee issues surrounding alcohol content or sugar content derailing the segment.”

“[T]he more the merrier; as more marketers come out with more flavors, the more likely a potential consumer will be able to find something he or she might want to try when it’s on sale, and hopefully will like enough to become a regular consumer,” Dilworth explains.

But the rise in popularity of kombucha-based drinks isn’t only due to these innovative flavors, but due to the fact of their perceived health benefits by health-conscious consumers driving new health and wellness trends. Kombucha beverages contain various B vitamins and lactic and acetic acids, which are said to aid digestive health, BMC’s report states.

“A whole host of disorders are said to be helped by kombucha consumption, with the caveat that some of these claims have not been subject to rigorous scientific scrutiny,” the report states. “According to anecdotal evidence, kombucha detoxifies heavy metals, combats acne, keeps Candida (yeast) in check and treats irritable bowel syndrome, among other benefits.”

This trend is further evident by the attention kombucha has received from large beverage manufacturers in the market. In the last quarter of 2016, Purchase, N.Y.-based PepsiCo Inc. announced that it would acquire California-based KeVita Inc., a producer of fermented probiotic and kombucha drinks.

“I’m pleased to welcome KeVita into the PepsiCo family. Under the leadership of CEO Bill Moses, KeVita has become an innovative, high-growth brand that is transforming the functional beverage space,” said Chris Lansing, general manager and vice president of PepsiCo Premium Nutrition. “This announcement is further evidence of PepsiCo’s focus on delivering Performance with Purpose by continuing to evolve our health-and-wellness offerings to meet consumers’ changing needs.”