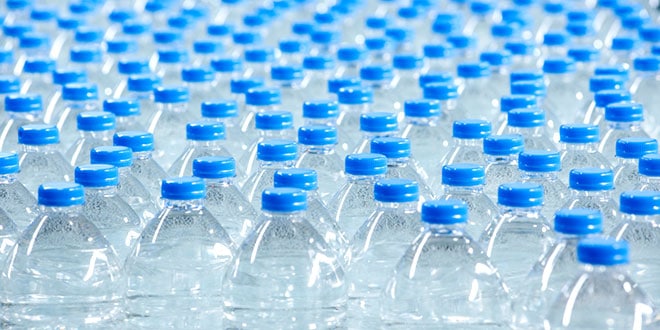 Capping a remarkable, decades–long streak of vigorous growth, bottled water passed a major milestone in 2016, when it surpassed carbonated soft drinks to become the largest beverage category by volume in the United States. Total bottled water volume grew from 11.8 billion gallons in 2015 to 12.8 billion gallons in 2016, an increase of nearly 9%, which marked the third year in a row of accelerating growth.

“Bottled water effectively reshaped the beverage marketplace,” said Michael C. Bellas, chairman and CEO, Beverage Marketing Corporation. “When Perrier first entered the country in the 1970s, few would have predicted the heights to which bottled water would eventually climb. Where once it would have been unimaginable to see Americans walking down the street carrying plastic bottles of water, or driving around with them in their cars’ cup holders, now that’s the norm,” he added.

With the exception of two relatively small declines in 2008 and 2009 — when most beverage categories contracted — bottled water volume grew every year from 1977 to 2016. This period included 17 double–digit annual volume growth spurts. Since resuming growth in 2010, bottled water volume has consistently enlarged at solid single–digit percentage rates. As a result, per capita consumption exceeded 39 gallons in 2016, while average intake of carbonated soft drinks slipped to about 38.5 gallons. Around the turn of the century, per capita soft drink consumption regularly exceeded 50 gallons, and Beverage Marketing expects bottled water to reach that level by the middle of the next decade.

The comparison of the two largest beverage types is illustrative. Bottled water’s ascent coincided with and encouraged seismic shifts in consumer preferences for healthier refreshment and rehydration. As the ultimate portable and affordable beverage, bottled water spawned new usage occasions and habits. Suitable for consumption at any and all times of day, and not necessarily in need of being kept ice cold, or carbonated, bottled water simply became the preferred beverage not only for consumers aiming to cut back on calories or artificial sweeteners but also for consumers of all kinds wanting to consume a healthy all–natural refreshment beverages.

Single–serving sizes of those bottles became the most popular option, driving overall growth of the category and accounting for the majority of its volume. In 2016, the single–serve segment enlarged by more than 9% to reach 8.6 billion gallons. Yet all other segments, including larger, multi–serving bottles as well as home and office delivery, sparkling water and imports, also registered growth in 2016. Indeed, both domestic sparking and imports advanced at double–digit rates, albeit from comparatively small bases.

Looking forward, Beverage Marketing expects bottled water to continue building on its already monumental history of enlargement and putting still more distance between itself and the beverage category it surpassed.