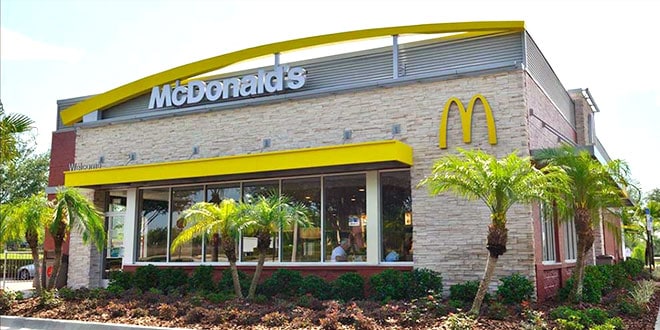 McDonald’s Corp has begun testing its long-awaited U.S. mobile ordering app, with the goal of avoiding the kinds of service hiccups that have haunted digital debuts by companies such as Starbucks Corp.

Digital ordering has been challenging for many restaurant chains and their customers. Domino’s Pizza Inc, now the industry leader, took years to perfect it. Starbucks’ technology took far less time, but in January the chain said mobile orders poured in faster than they could be processed, creating backlogs that drove away time-crunched walk-in customers.

McDonald’s (MCD) sees mobile as a way to win back customers after four straight years of traffic declines, but the project is not without risks.

“We can’t impact the speed or the quality of our food,” Jim Sappington, McDonald’s executive vice president of operations, digital and technology, told Reuters in an interview at a temporary warehouse space in Chicago’s West Loop where the company has built a new high tech restaurant. It features a redesigned kitchen to speed order flow and show off its technology initiatives.

If its famous french fries are served cold or if mobile customers have to wait for orders, “you get a question of ‘Why did I use the app?’,” Sappington said. “Our focus is to make the overall experience clearly better.”

McDonald’s said that automating more orders should cut transaction times, reduce errors and free up workers to do things like deliver food to tables or cars in spots designated for mobile orders.

“It’s better to be right than to be first to market,” McDonald’s Chief Executive Steve Easterbrook said recently.

The fast-food chain said it began testing its mobile ordering and payment app at 29 restaurants in Monterey and Salinas, California, on Wednesday.

The pilot test will expand to an additional 51 restaurants in Spokane, Washington, on March 20, it added.

Sappington plans multiple pilot tests to collect customer feedback, work out any kinks and streamline the integration with the company’s existing technology systems before rolling out the finished app in nearly all 14,000 U.S. restaurants and some 6,000 others in Canada, the UK, France, Germany, Australia and China, by the end of this year.

Kitchens are the heart of McDonald’s business and crucial to the success of mobile ordering.

“The potential is that they can screw up the flow of the whole restaurant,” said Janna Sampson, co-chief investment officer at Oakbrook Investments LLC, which holds 65,000 McDonald’s shares. McDonald’s appears to be taking steps to protect itself from kitchen hiccups, she added.

McDonald’s is bringing restaurant operators to its Chicago warehouse space to show off a “hub and spoke” kitchen layout developed in French restaurants after the installation of self-service ordering kiosks.

Among other things, that kitchen system clusters food preparation to increase efficiency, shaving miles off the daily distances covered by a restaurant’s crew.

Unlike many others, McDonald’s app will track a customer’s location to ensure that orders are sent to the right restaurant and timed so that food is not left to wilt under heat lamps.

When the customer arrives at the restaurant, the app asks for confirmation and payment before sending orders to the kitchen. “If they don’t start your order until you pull in the lot, are you really gaining that much time?” investor Sampson asked. The final version of the app will also ask customers to choose table service, counter or drive-through pickup, or curbside delivery.