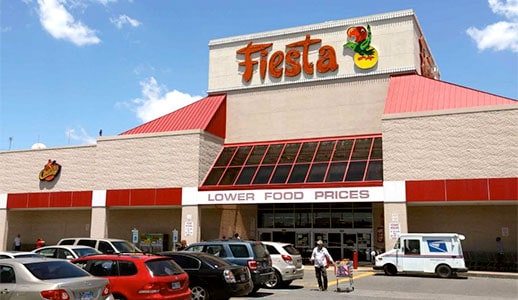 Fiesta Mart a popular chain of Hispanic grocery stores in Texas, was acquired by a private equity investment firm in Washington.

ACON Investments announced the acquisition of the Levit family owned chain, who had recently sold the warehouse and distribution operations Grocers Supply Company Inc., the supplier and parent company to C & S Wholesale. However, Fiesta, which has 60 stores across Texas, was not part of that agreement. C & S Wholesale, will remain their supplier.

Through a statement, the new owners announced that Michael Byars was appointed president and CEO of Fiesta Mart.

Byars has “extensive experience” in the grocery business and most recently served as president and CEO of BI-LO.

“We are excited to partner with Mike and the Fiesta team,” the statement said Ken Brotman, founding partner of Acon. “Fiesta has been established as an international supermarket operator and Hispanic leader in the United States. We look forward to building value in a business that is well positioned for continued growth.”

“I sincerely appreciate the trust placed in me by ACON. I look forward to working with the employees of the company to further strengthen the position and Fiesta growth in the markets it serves,” Byars said.

Fiesta Mart was founded in Houston in 1972 by Donald Bonham and OC Mendenhall. The company has 60 stores in Houston, Austin and Dallas-Fort Worth.