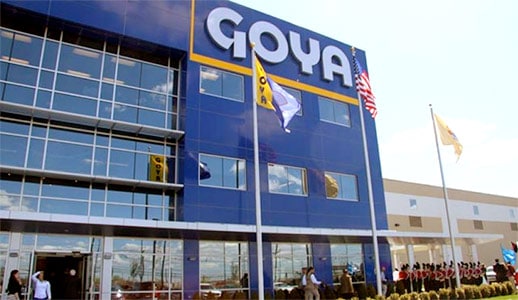 Goya Foods opened its new corporate headquarters in New Jersey as part of a global expansion valued at $500 million made during the last 10 years.

Only in New Jersey, Goya has invested 250 million and additional resources at its facility in Jersey City, Secaucus and Pedricktown, strengthening the role of the company as an important and long-standing member of the business community in the region.

The opening of the new advanced and sustainable system ensures the retention of over 500 existing local jobs and provides 100 new jobs. In addition, the proposed three-year construction added 150 jobs on site.

“This is the largest expansion in the history of Goya,” said Bob Unanue, President of Goya Foods, the largest Hispanic-owned food company in the US. “It is the culmination of nearly 80 years of hard work and is part of a 10-year strategic plan, designed to reach new consumers and strengthen the Goya brand around the world.”

During the opening ceremony held on Wednesday, Goya announced the donation of 25,000 pounds of products to five local food pantries and funds for The Golden Door Charter School in Jersey City to help build a playground. In addition, they announced an institution of a 20,000 annual scholarship for The Hudson County Schools of Technology-County Prep High School Culinary Program.