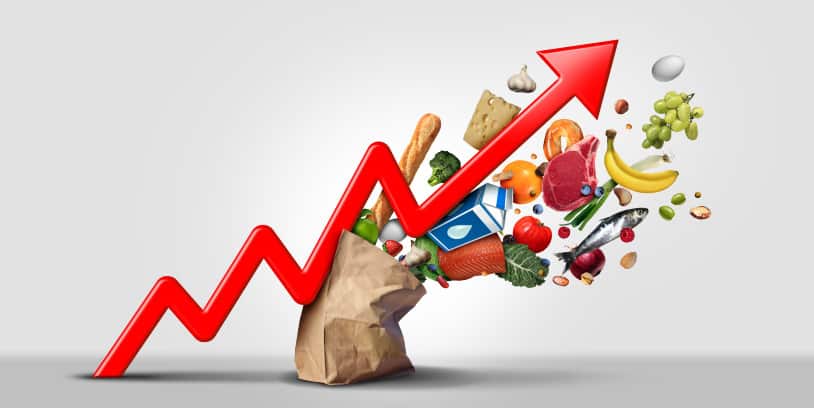 According to the latest U.S. Bureau of Labor Statistics report, inflation accelerated in June at the fastest pace in more than 40 years. Over the last 12 months ending June, the all items index increased 9.1 percent, the largest increase since November 1981. The Consumer Price Index for All Urban Consumers (CPI-U) increased 1.3 percent in June on a seasonally adjusted basis after rising 1.0 percent in May.

The increase was broad-based, with gasoline, shelter, and food indexes being the largest contributors.

The energy index rose 41.6 percent over the last year, the largest 12-month increase since the period ending April 1980.

During June, the energy index rose 7.5% and contributed to nearly half of the increase in all items, with gasoline rising 11.2% and the other major component indexes also rising.

President Joe Biden reacted to the report, acknowledging that the current inflation news is unacceptably high, but cautioned that it is outdated.

“Energy alone comprised nearly half of the monthly increase in inflation. Today’s data does not reflect the full impact of nearly 30 days of decreases in gas prices, which have reduced the price at the pump by about 40 cents since mid-June. Those savings are providing important breathing room for American families. And other commodities like wheat have fallen sharply since this report,” said President Biden.

He said that fighting inflation is his top priority, and he will continue working to reduce gasoline prices. He will also look to Congress to “act, this month, on legislation to reduce the cost of everyday expenses that are hitting American families, from prescription drugs to utility bills to health insurance premiums and to make more in America.”

The food index increased 10.4 percent for the 12 months ending June, the largest 12-month increase since the period ending February 1981. Food rose 1.0 percent in June, as did the food at home index.

The index for all items less food and energy rose 0.7 percent in June, after increasing 0.6 percent in the preceding two months.

While almost all major component indexes increased over the month, the largest contributors were shelter, used cars and trucks, medical care, motor vehicle insurance, and new vehicles. The indexes for motor vehicle repair, apparel, household furnishings and operations, and recreation also increased in June. Among the few major component indexes to decline in June were lodging away from home and airline fares.

The all items less food and energy rose 5.9 percent over the last 12 months.

“We need to support other policy measures that will lower costs, like the recent passage of the Ocean Shipping Reform Act, for which we thank the administration and bipartisan congressional majorities for supporting. In addition, we encourage the administration to act quickly and remove China tariffs that cost American families more than $1,200 annually. While these actions alone may not solve inflation, they will put much-needed dollars back into the pockets of consumers at a time when every dollar of cost savings is essential,” Shay added.

The index for other food at home rose 1.8 percent, with sharp increases in the indexes for butter, sugar, and sweets. Cereals and bakery products increased 2.1 percent in June, with the index for flour rising 5.3 percent. The dairy and related products index rose 1.7 percent over the month, following a 2.9-percent increase in May.

The food at home index rose 12.2 percent over the last 12 months, the largest 12-month increase since the period ending April 1979. All six major grocery store food group indexes increased over the span, with five of the six rising more than 10 percent.

The index for other food at home increased the most, rising 14.4 percent, with butter and margarine increasing 26.3 percent. The remaining groups saw increases ranging from 8.1 percent (fruits and vegetables) to 13.8 percent (cereals and bakery products).