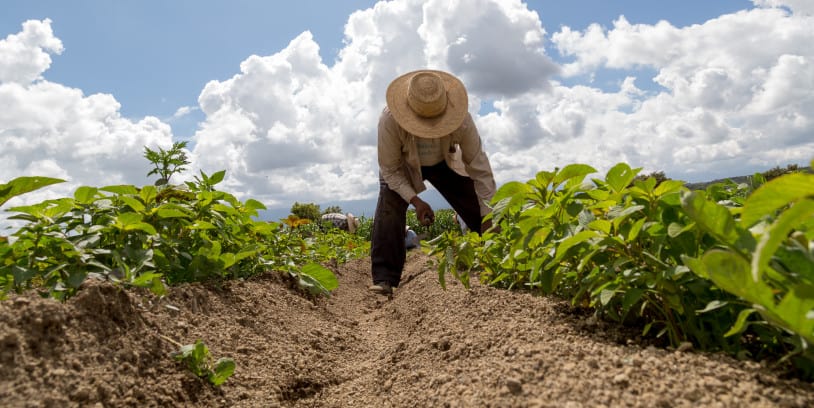 National and state agricultural leaders joined Republican Members of Congress in a press conference to call for Congress to pass bipartisan workforce solutions to address the farm labor shortage and combat inflation.

“Consumers are seeing high costs of milk, produce, fruits, meat, and eggs in the supermarket because the Senate has not acted,” said ABIC Action Executive Director and event emcee Rebecca Shi. “We need the Senate to act now to provide food security and lower costs for the American people.”

At the press conference, Texas A&M University Associate Professor Sean Maddan released data from a new economic study on the link between stabilizing the agricultural workforce and decreasing inflation and consumer prices.

The study shows that ensuring farmers have a stable, secure, reliable, and legal workforce is crucial to keeping America’s grocery shelves stocked, combating inflation, and lowering food prices (including milk, eggs, meat, and produce) for all domestic consumers.

Related Article: Consumers Change Their Shopping Behavior in the Face of Inflation

Republican members of the House of Representatives called on the Senate to pass a bill this session. “This is a vitally important issue for America. We passed it twice in the house. We want the Senate to act on it, and we want them to do it this year. I am living proof that you can actually talk about immigration and go out and win an election,” said Rep. Simpson.

Others called out reasons that a farm labor bill is so crucial. “I am here for one reason today, and that’s to encourage, to plead, with our senate colleagues to come together so that we can finally fix our broken immigration system and combat the rising cost of food in our country that every single American is facing,” said Rep. Newhouse. “By ensuring that we have a legal and reliable workforce, we can secure [our] food supply, food security, and reduce food costs for all Americans. We can raise wages and reduce unemployment for all American workers by creating value-added upstream jobs. What are we waiting for?”

Rep. LaMalfa elaborated on the bipartisan efforts afoot to pass a bill this year. “This is a very delicately balanced piece of legislation, the FWMA. Both sides are at the table, giving and taking. It is not about sides so much on this thing because it is helping resolve a long-term issue in agriculture and a stable workforce. You have perishable crops, and farmers can’t get them to the stores. This is about getting food to people that are grown in this country with high standards,” he said.

International Fresh Produce Association CEO Cathy Burns said, “without immigration reform, we know that American consumers will continue to experience higher prices and fewer options at the grocery store, threatening food security and availability. Any threat to the availability of fresh produce undermines the health benefits of fruits and vegetables in combating the chronic diseases that cost our economy billions.”

Inflation is hitting Americans’ grocery bills hard. Grocery bills are rising at the fastest pace in more than 40 years.

The American Farm Bureau Federation has found that a meal will cost a staggering $10.18 more than a year ago. That’s an increase of 17% since before the pandemic.

“Across the country, our farmers struggle to navigate soaring costs, supply chain issues, and ongoing labor shortage that has tested the limits of the foundational industry. I hear all too often about challenges that current policy created for an industry already under immense strain. That’s why I support FWMA and will continue to support other common-sense legislation that will give farmers the help they need,” said Rep. Baird.

National Council of Farmer Cooperatives Chuck Connor put the bill in historical context and pointed out its vital role in securing the nation’s food supply. “For more than a decade, a wide range of agriculture groups have come together to push for a solution to the agriculture labor crisis in a united effort… Yet, it’s the events of the past few years – from the COVID to the war in Ukraine – that have highlighted, for me, a fact that often gets overlooked in this debate—our national security is tied to our ability to feed ourselves. That ability is currently under extreme threat because of the agriculture labor crisis.”

For his part, Professor Maddan added that overall, the economic study results tend to support the conclusion that non-citizen admission and immigration policies have a profound association with the economy. “The relationships noted are strong, statistically significant, and definitely warrant further research and consideration.”