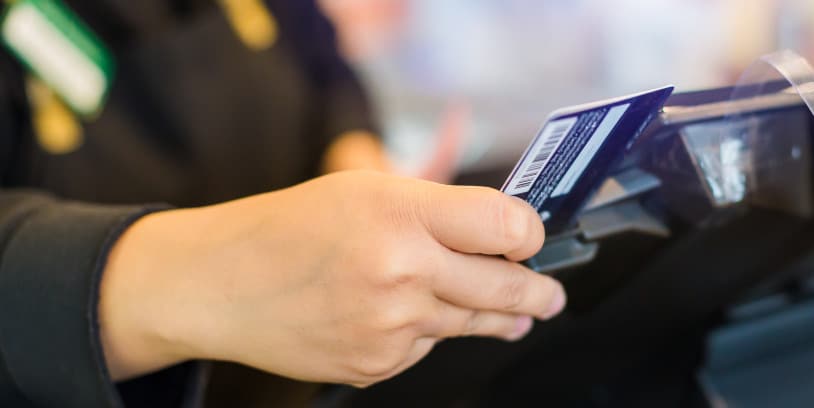 Nearly 1,000 independent grocers joined in a letter urging Congress to support the Credit Card Reform Act of 2022, legislation that would inject much-needed competition into the market for credit card routing.

The National Grocers Association said in a press release that the legislation is sponsored by Senators Dick Durbin (D-IL) and Roger Marshall (R-KS) and allows merchants to choose between two unaffiliated networks to process credit card transactions.

The letter was signed by nearly 1,000 NGA members and sent to all House and Senate members by the Merchants Payments Coalition, of which NGA is a founding member. It asks lawmakers to cosponsor S. 4674, the Credit Card Competition Act, to help improve the likelihood the bill will be considered by Congress and signed into law.

“The letter represents a resounding call from the independent supermarket industry that credit card reforms are long past due. For many of our members, the fees associated with accepting credit cards is one of the highest costs of doing business,” said NGA President and CEO Greg Ferrara. “In addition to the direct impact these “swipe fees” have on independent grocers’ operations, they also drive up the costs of food and other goods at a time when Americans are already reeling from a level of inflation not seen in a generation.”

Credit and debit card swipe fees have doubled over the past decade, soaring 25 percent last year to a record $137.8 billion. They are most merchants’ highest operating cost after labor and drove up consumer prices by about $900 a year for the average family last year.

Related Article: What Does the Credit Card Competition Act Mean for Retailers?

Visa and Mastercard, which control more than 80 percent of the credit card market, centrally set the swipe fees charged by banks that issue cards under their brands, and those banks do not compete with each other on price. They also restrict processing to their networks, prohibiting competition from other networks that can offer lower fees and better security and resulting in the highest swipe fees in the industrialized world.

For its part, the Merchants Payments Coalition said it sent two letters, signed by 1,668 companies and 231 trade associations, to all members of the House and Senate. Signers include retailers, grocers, convenience stores, gas stations, restaurants, hotels, and a wide variety of other merchants of all sizes, along with associations representing the same sectors. Both asked lawmakers to cosponsor or support S. 4674, the Credit Card Competition Act, which was introduced in July by Durbin, D-Ill., and Marshall, R-Kan.

“The Credit Card Competition Act would bring much-needed relief to retailers and American consumers by simply requiring that Visa and Mastercard compete with other networks for merchant and bank business,” the companies said in the letter.

“While this legislation would benefit all merchants, it is small retailers who are calling for swipe fee reform more than any segment of our industry. Small retailers have the narrowest profit margins and fewest resources and are hit hardest by continuing unjustified increases in swipe fees,” added the companies.

The legislation would require that credit cards issued by the nation’s largest banks be enabled to be processed over at least two unaffiliated networks – Visa or Mastercard plus a network such as NYCE, Star, or Shazam. Domestic credit card networks like American Express or Discover could be the second network, but not networks supported by foreign governments like China’s UnionPay.

The banks would decide which two networks to enable on a card, and then merchants would be allowed to choose which of the two to use when a transaction is made. That means networks would have to compete to offer the best pricing, security, and service.