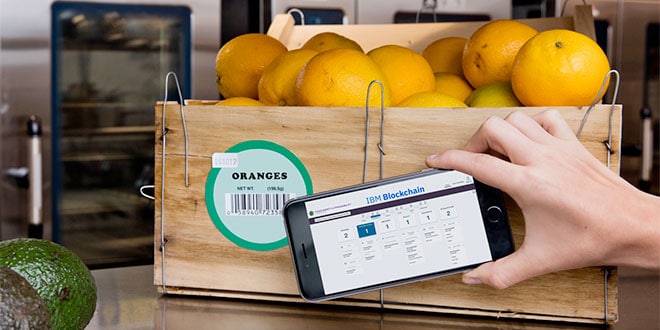 IBM is partnering with giant food and retail companies to track food supply chains and improve safety through blockchain technology. Among the companies declaring to run trials with them are Walmart, Nestle, Unilever, Tyson Foods, Kroger, and Dole Food Company.

Blockchain, which originally started as the cryptocurrency system Bitcoin, is a technology that is used to secure digital records and improve the traceability of food, making it easier to track down contamination sources.  It is a shared record of data kept by a network of computers. The original blockchain was created by bitcoin-founder Satoshi Nakamoto to serve as a public ledger for all bitcoin transactions.

According to Reuters, in June, Wal-Mart said that blockchain trials had helped them narrow the time it took to trace the movement of Mexican mangoes to 2.2 seconds from about seven days. It was their second trial with IBM, the first involved tracking Chinese pork.

“Blockchain technology enables a new era of end-to-end transparency in the global food system – equivalent to shining a light on food ecosystem participants that will further promote responsible actions and behaviors,” said Frank Yiannas, vice president for food safety at Walmart, in a press statement.

According to the global estimates of foodborne diseases from the World Health Organization (WHO), every year one in ten people fall ill globally and 420,000 die from food contamination. These diseases are caused by bacteria, parasites, toxins, viruses and chemicals. Many of food contamination and food safety problems emerge from a lack of traceability, which is where blockchain would come in.

For example, according to the Center for Disease Control and Prevention, it took over two months to identify the source for the case of the Maradol papayas in connection with salmonella infection.

According to Fortune, Bridgette McDermott, vice president of blockchain at IBM, said, “We’re asking companies to join to help evolve the solution and guide and steer its direction.”

IBM said it was launching a blockchain platform that could make it easier for large companies to develop applications using the technology. Blockchain can trace hundreds of parties involved in mass production and distribution, making it easier to pinpoint the source of food contamination through data.