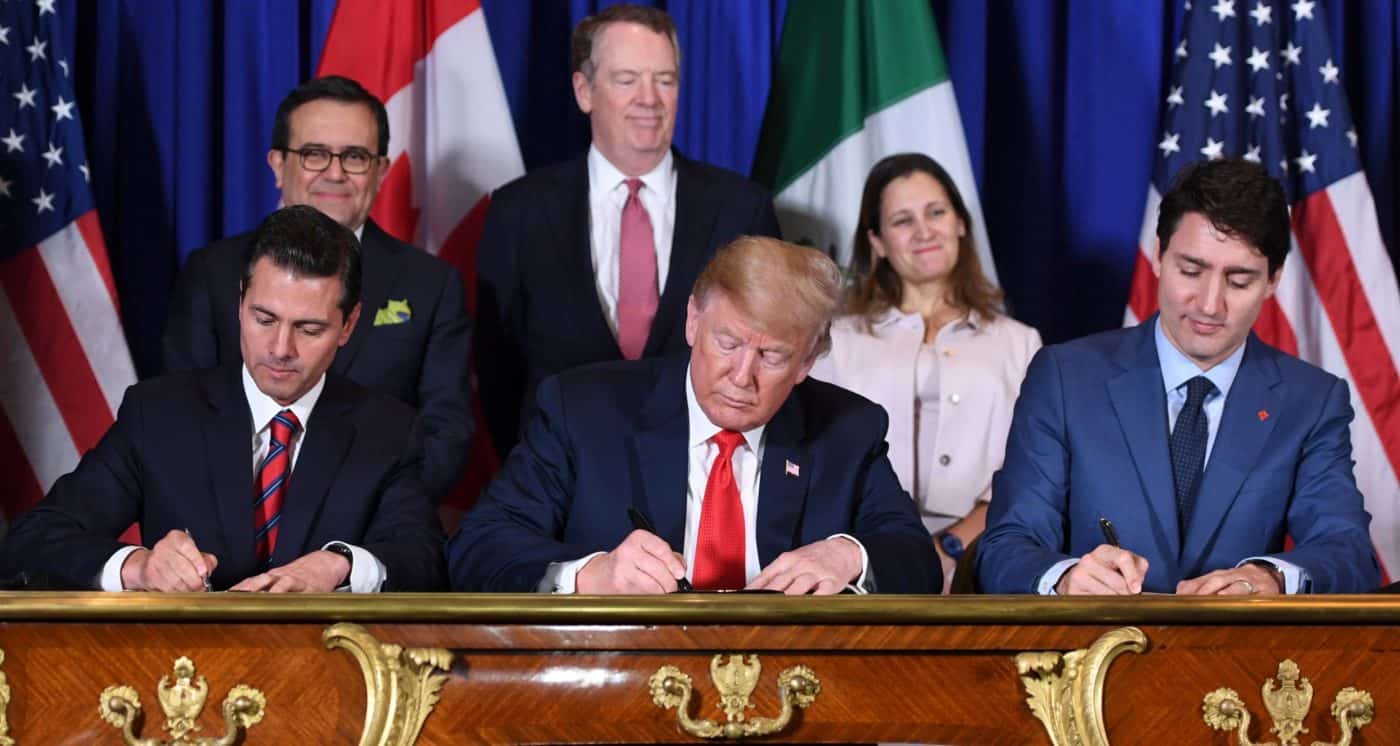 Last week, the House of Representatives voted 385-41 to pass the United States-Mexico-Canada Agreement (USMCA), a top priority for almost all agricultural and food groups.

But, what is it and what it means for the food industry?

The USMCA is an updated version of the nearly 25-year-old, trillion-dollar North American Free Trade Agreement (NAFTA). It includes major changes sanitary and phytosanitary measures, agriculture, textiles, and apparel, digital trade and more. However, this article will center around how it affects the food industry landscape.

During his 2016 presidential campaign, Donald Trump promised to renegotiate NAFTA, which he called “the worst trade deal ever made.” As president, he fulfilled this promise. The result is the USMCA, which was signed by the three countries in November 2018.

This brief guide to the trade deal between Canada, Mexico, and the U.S. highlights the major impact points on the food industry.

Here’s a brief overview of what’s in it:

The United States, Mexico, and Canada agreed to non-discrimination and transparency commitments regarding sale and distribution, and labeling and certification provisions to avoid technical barriers to trade in wine and distilled spirits.

They agreed to continue the recognition of Bourbon Whiskey, Tennessee Whiskey, Tequila, Mezcal, and Canadian Whisky as distinctive products.

To meet technical regulations and standards related to prepackaged food and food additives, governments may require information from companies relating to the companies’ proprietary formulas.

The United States, Mexico, and Canada agreed on the Annex on Proprietary Food Formulas, which requires each Party to protect the confidentiality of such information in the same manner for domestic and imported products.  It also limits such information requirements to what is necessary to achieve legitimate objectives.

Building on NAFTA, the United States, Mexico, and Canada agreement improves on several provisions to reduce the use of trade-distorting policies affecting trade among countries while ensuring non-discriminatory treatment for agricultural product standards.

The new agreement would establish a new mechanism for technical consultations to resolve issues between the Parties.

The Parties agreed to provide important procedural safeguards for recognition of new geographical indications (GIs), including strong standards for protection against issuances of GIs that would prevent United States producers from using common names, as well as establish a mechanism for consultation between the Parties on future GIs pursuant to international agreements.

The USMCA is thus a landmark trade agreement for food industry constituents and could have a major impact on agriculture and our food system, in all three countries.

Even in the Senate, As opposed to Mexico, Canada hasn’t ratified the deal yet, and likely won’t consider it until the new year. But if the USMCA gets through Congress, Canada will likely become the second country to pass it.