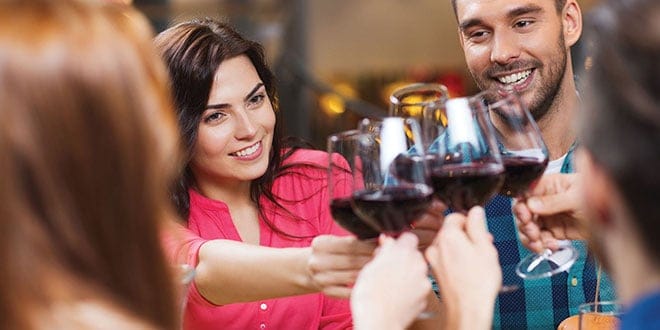 The growth of the Latino population in the United States is well documented and we know that it will continue to expand. This reality will provide opportunities for growth for many industries, notably in the food and beverage sector. While the focus is on opportunities with ethnic products and many categories of groceries, relatively little is said about the wine market, which according to Wines & Vines, in 2017 generated sales of $62.7 billion.

Vitis Vinifera Imported by the Spaniards

We are not exaggerating when we say that, as Hispanic Americans, we carry “wine in our blood”. For Spain, being a Mediterranean country with Greco-Roman influences that span almost two thousand years, wine was and still is today, an intrinsic part of culture. Currently, Spain is the third country in wine production in the world.

Another historical fact that links wine with Hispanics is that the first variety of grapes (vitis vinifera) that arrived in North America (New Mexico and Texas) in the 16th century, came from Spain, via Mexico. This variety of grapes called “Monica” was planted by the Franciscans, the religious order. Fray Junípero Serra introduced this first variety of wine grapes to California in 1769.

Hispanics in The U.S.: a Potential to Uncork

It seems that Latinos in this country are rediscovering their roots with wines. Taking into account the expected demographic growth, according to research studies by Rabobank, a global agroindustrial bank together with the Wine Institute, by the year 2033 it is expected that Latinos could buy 96.5 million boxes of wine. (The box includes 12 bottles of 750 ml).

The report indicates that this growth driven by Hispanics could represent up to 40% of the total growth in the total consumption of the category during the period between 2013 – 2033.

“If United States wineries can develop strategies that positively affect the rate of consumption among Hispanics, these strategies will have positive and far-reaching benefits, also in other markets in Latin America”, says Stephen Rannekleiv, analyst of the wine industry of Rabobank.

About wine consumption, the Hispanic market in the United States reveals characteristics that suggest that it will take off. To the growth of the Latino population, improvements in income and education levels can be added.

To attract the Hispanic segment to wines, companies will have to better understand family, social and culinary tastes according to an article published by Natalia Velikova and Tim Dodd in the Wine Business Monthly magazine.

The authors claim that Latino “Millennials” have great potential to promote wine consumption not only among themselves but also with older relatives.

The industry does well to recognize the wine heritage among Hispanics, to know more about their culture and devote the necessary resources to develop existing opportunities.