Home » News » Food & Beverage and the Influence of Multicultural Cooking 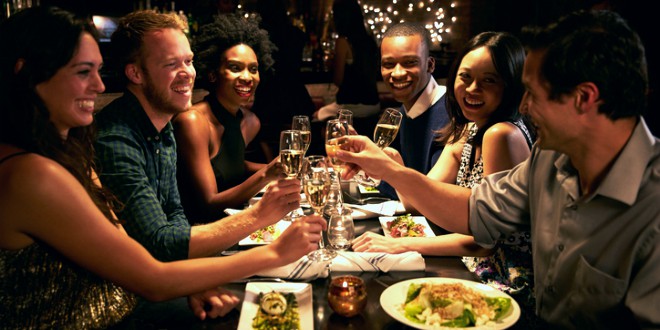 For many Americans, eating out is a commonplace. According to the Nielsen Global Food Out-of-Home Survey, 35% of the US population eats out from home at least once a week. This proportion is higher than the rate of consumers around the world (24%). But not only do they eat out from home, adults of legal drinking age (21 years and over) in the United States, also consume alcoholic beverages with their food, so understand the marriage between drinks and different types of cuisine, is becoming increasingly important for marketers.

The multicultural population continues to grow in the country, and the flavors associated with these segments are growing in innovation, inspiring not only products in stores but also influencing dishes and alcoholic beverages served in restaurants. Drinking legal age consumers are changing where and how they are consuming alcohol while looking to enjoy a convenient meal with a drink and vice versa.

According to the Nielsen CGA On-Premise Consumer Survey, twice as many Americans go out for a meal and drink an alcoholic beverage as they do (67%), compared to those who are only interested in attending an establishment motivated by drinking (34%). In line with this, the number of neighborhood bars has declined in the last decade, while restaurants licensed to sell alcoholic beverages (12,309 and 60,365, respectively) have grown.

The restaurants have responded loud and clear. Over the past five years, eating establishments serving one or more categories of beers, wines and spirits have grown by 18%. Meanwhile, some of the establishments traditionally called “casual food” and even “fast food restaurants” have recognized the importance of this opportunity by including alcoholic beverages on their menus.

IN SEARCH OF PERFECT MARRIAGE

In addition to serving alcoholic beverages as part of restaurant menus, both restaurant operators and alcoholic drink providers should also consider the type of cuisine served in these restaurants and what are the best drinks that can accompany this type of food, as well as other specific opportunities for pairing.

While the type of cuisine is not the main driver of Americans when it comes to where to eat, for them it is a much more important consideration compared to the average consumer around the world (24% compared to 16% , respectively). Cultural diversity in the United States offers multiple choices when it comes to eating out and many are enjoying these options, considering that nearly one in three Americans consumes food with multicultural flavors at least once a week.

According to the Nielsen TDLinx On-Premise database on establishments licensed to sell alcoholic beverages, ethnic-oriented or foreign-based restaurants are growing in importance. For example, Asian and Mexican restaurants now rank second and third respectively, after the so-called “Americans”, if we consider these three types of kitchens. The graphs accompanying this article give a clear reference to how multicultural cuisine is impacting American consumers.

Through restaurants with different types of cuisine, Nielsen data indicate that almost all food establishments offer beer (99%), followed by table wine (94% currently vs. 92% in 2011), and spirits (71% today versus 67% in 2011). However, the percentage of places that offer each category of drinks can vary significantly depending on the type of cuisine. For example, almost 10% of Mexican restaurants do not sell wine, which could mean an opportunity for a segment like sangria, along with Mexican beers.