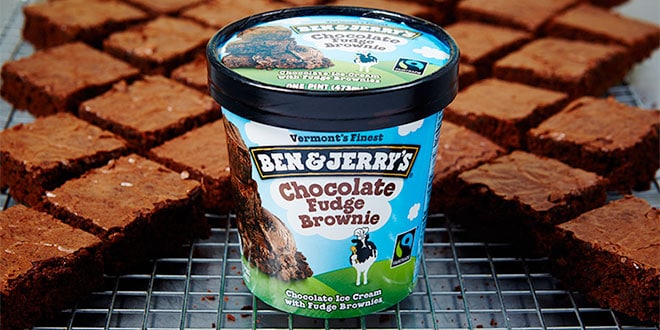 The flavors tested were Chocolate Fudge Brownie, Peanut Butter cup, Peanut Butter cookie, Cherry Garcia, the Tonight Dough, Chocolate Chip Cookie Dough, Half Baked, American Dream, Phish Food and Vanilla. The highest levels of the pesticide ingredient were found in Ben & Jerry’s Chocolate Fudge Brownie and Cherry Garcia was the only flavor of the ones tested that returned negative for glyphosate.

Although the amounts of glyphosate found were small and below violating regulations, according to government regulators that did the testing, there is still cause for concern that any amount of glyphosate is harmful.

The OCA has raised awareness of glyphosate in food because some studies have linked it to a variety of diseases. For example, a scientific report in the journal Nature, published on January 2017, found that smaller doses of glyphosate were connected with fatty liver disease. The International Agency for Research on Cancer, a unit of the World Health Organization, also suggested glyphosate could probably cause cancer, due to research done on lab animals.

The OCA is calling for the Ben & Jerry’s Ice Cream company to switch to organic milk and urging others to sign a petition to boycott Ben & Jerry’s.

Ronnie Cummins, International Director of the OCA, argued in his Dirty Dairy article on the OCA website, that though the Vermont ice cream company claims to be natural and organic, the “”natural,” “all-natural” and “sustainable” products are neither backed up by rules and regulations, nor a third-party certifier.””

According to several news outlets, Rob Michalak, global director of social mission at Ben & Jerry’s, responded to the accusations stating that the company was trying to “transition away from G.M.O, as far as we can get.”

“But then these tests come along, and we need to better understand where the glyphosate they’re finding is coming from. Maybe it’s from something that’s not even in our supply chain, and so we’re missing it,” he also added.

Ben & Jerry’s ice cream company was founded in Burlington, Vermont in 1978 and has since then become a beloved, popular name for ice cream lovers.

They are supporters of GMO labeling and encourage people to keep the pressure up for GMO labeling to go through in Vermont, even dedicating a section on their website to it.