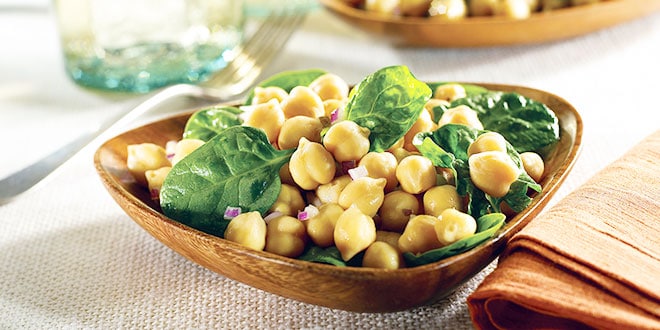 Why are certain foods better for you? More and more there are U.S. consumers in search of less processed meals with fewer ingredients.  In short, healthy food.

This was demonstrated by a Nielson survey in 2016 among 100,000 homes in 48 states that showed 82.3% of refrigerators and shelves in American homes were full of organic foods.

For Goya Foods, this growth in organic and healthy food demands is a reaffirmation of the job they’ve been working on for years; making and distributing healthy products.

Grouped with these same line of products, what they call “Better for You” products, there are more than 300 types of foods already in the market. This includes more than 40 types of organic beans low in sodium, organic olive oil, organic rice, brown rice, quinoa, chia, amaranth, frozen vegetables, fruits, coconut water, diet drinks and low sodium condiments.

“We’ve never grouped these products that focus on what’s best for you, trying to create more public awareness that we’ve had these foods for a long time. But now, we’re giving more emphasis, letting the consumer know why they are better for you,” said Senior Vice President of Goya Foods, Joe Pérez, to Abasto magazine.

According to the Organic Trade Association’s (OTA) most recent survey, consumers are now buying organic foods and products more than any other time.

Organic food and products sales reached $47,000 million in 2016, an increase 8 percent more than the previous year, according to the OTA.

Healthy Food Being Purchased Now More Than Ever

This rapid increase in healthy foods sales has been an incentive for Goya Foods, through the “Better for You” product line, to send a clearer message to consumers about the variety in their healthy foods found in shelves in supermarkets throughout the country.

“Many people aren’t aware that the foods they’ve been eating for years are a healthy option for them, unless a press release is issued or a special notice is placed on the product,” explained Meriterese Racanelli, Dietician and Food Scientist of Goya Foods, to Abasto magazine.

The health expert stressed that this point is even more true among Hispanics due to the cultural factor of their foods, foods consumed in their daily diet that are “scientifically and physiologically healthier foods.”

Pérez said that beyond the promotion of organic foods, which have a higher price due to free processes of chemical and insecticides, it’s important to note that these do not necessarily have more nutrients than other healthy foods offered in the “Better for You” product line.

Related: 10 Steps to a Better Weight and a Healthier Heart

“What Goya brings to the table are clean, safe, selected, and properly packaged products for safe consumption,” said Pérez.