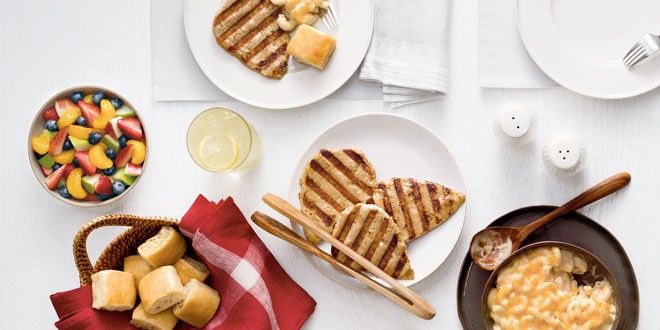 Chick-fil-A has had tremendous success in their individual fast-food service business and is now looking to take a step forward with a plan to offer “Family Style Meals” on their menu.

The restaurant chain announced that initially, the Family Style Meals will be offered in three cities, in Greensboro NC, Phoenix and San Antonio, Texas, through November 18.

The Family Style Meals starts at $29.99 and include one entrée, two sides and eight mini rolls to serve four people, with the option to add additional entrees, shareable sides and beverages. Plates, utensils and condiments are also included.

The entrée options include 12 chicken strips, 4 chicken breasts (grilled or fried) and 30 chicken nuggets. For side options, customers can choose from bacon baked beans, fruit cup, mac and cheese, side salad or a superfood side, consisting of kale and broccolini tossed in a maple vinaigrette dressing and topped with dried sour cherries and roasted nuts.

“Our customers told us that they wanted an even more convenient way to share meals at home or on the go, so we worked directly with a group of parents to design every part of Family Style Meals – down to the cutlery caddy that features five unique conversation starter questions to help customers connect over mealtime,” said Matt Abercrombie, manager of menu development at Chick-fil-A. “Mealtime should be an enjoyable experience that brings family and friends together, not an extra stress in the day.”

Thirty-six percent of Chick-fil-A dinner customers take their meal to go from restaurants to eat at home, said the company in a press release.

Customer feedback will help determine if Family Style Meals and the two new individual sides will be added to menus nationwide.

Chick-Fil-A is adding Gallegos United to its agency roster, as the fast-food chain increasingly focuses on reaching Hispanic customers.

Media Post reported that the chicken chain will use the agency to deepen the brand’s relationship with non-English speaking households. The effort will span advertising, social media, in-restaurant point-of-purchase and other marketing touchpoints.

Gallegos will work alongside Chick-Fil-A’s other shops, including McCann and Starcom, with the first Spanish-language ads to start running later this year.