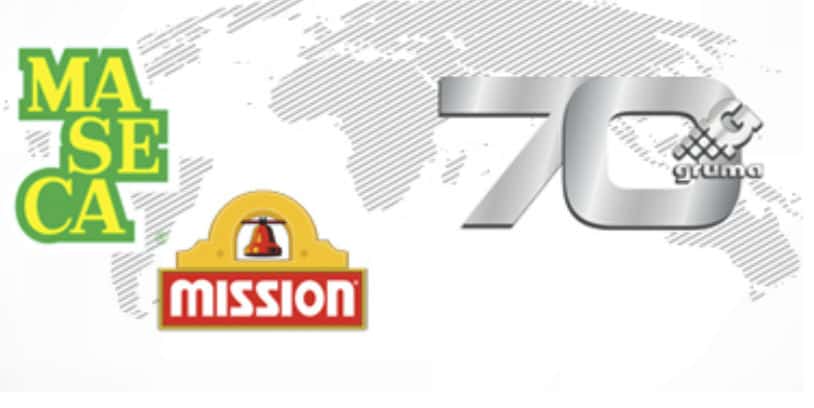 Global food company Gruma, headquartered in Monterrey, Mexico, announced that during the second quarter of the year (2Q20) it had unprecedented growth in net sales and EBITDA, which represented 61% and 70%, respectively, of the company’s consolidated figures, driven by its subsidiaries outside of Mexico, mainly in the United States.

According to Gruma, in the U.S. market, the Mexican multinational saw a 5% sales volume increase to 383,000 tons. Corn flour sales were up 5%, while tortilla sales volumes grew 6%, driven primarily by consumer purchases in supermarkets and convenience stores nationwide during the COVID-19 pandemic.

According to ResearchAndMarkets.com, in 2020 the U.S. tortilla market is estimated at $10.3 billion.

In the retail channel the highest sale of corn tortillas, wheat tortillas and wraps Mission was recorded in all its presentations, above sales to foodservice.

As a result of the pandemic, the company also saw an extraordinary increase in the sale of its Maseca corn flour package presentation, Gruma said in a press release.

Related Article: Gruma Consolidates its Position in the US and the Rest of the Global Market

In Q2 2020, the company reported a considerable increase in demand for Mission and Maseca products in the United States, which it was able to effectively meet with the help of its plants south of the border in Mexicali, Tijuana, and Monterrey, to ensure that consumers in the United States did not suffer for lack of these products.

Gruma has a solid distribution platform in the U.S. that allows it to supply its direct customers or points of sale, through its 19 strategically located plants, in which more than 12 thousand employees work, according to the company.

The company expects to see a continued positive impact on its business growth once the health contingency is over, thanks to its strength and production and distribution platform, and because it belongs to the food sector, one of the industries that have continued to gain momentum during the pandemic.

Founded in 1949 in Nuevo León, Mexico, Gruma is recognized among Hispanics primarily for its Maseca brand of cornflour, and in the United States, under the Mission brand. Its international operations extend to the Americas, Europe, Asia, and Oceania with 80 plants and a significant presence in 112 countries.