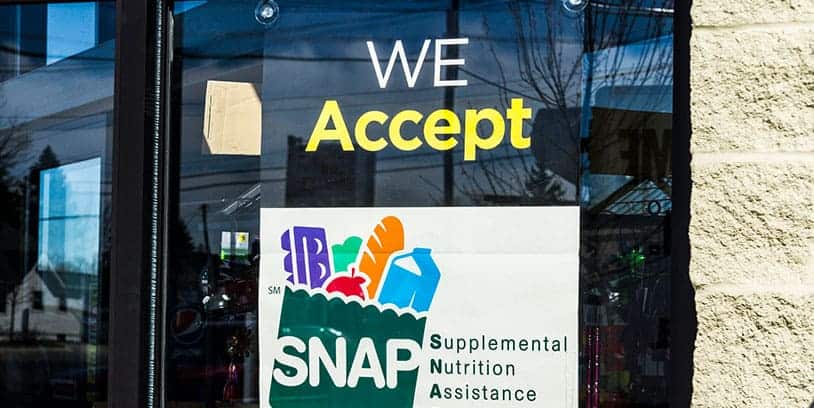 President Donald Trump’s administration’s proposal to cut the Supplemental Nutrition Assistance Program (SNAP, known as “food stamps”) for low-income people would have a serious impact on not only millions of beneficiaries, but also for the industry of supermarkets, such as organizations and economic analysts.

The unemployed, the elderly and low-income working families with children would be the most affected by the proposed food stamps cuts of more than $213 billion in the next ten years, according to a report from the Center on Budget and Policy Priorities.

CNBC also reported that according to data prepared by the retail consultancy AlixPartners, retailers could lose up to $70.7 billion in sales over the ten-year period.

SNAP provides receiving households with a monthly electronic benefit that can only be spent on groceries.

The largest savings in the food stamps program budget would come from cutting family benefits by more than $260,000 million over ten years – about 40% – and using approximately half of these funds to provide households with a package of non-perishable food purchased by the government, instead of the food that is purchased by the SNAP beneficiaries in the supermarkets.

This plan was called “America’s harvest box” by the Trump administration. This initiative would transform the SNAP program from a food stamp system to a ration system.

The Supplemental Nutrition Assistance Program represents approximately 10% of the food that families in the US buy for their homes.

The Center on Budget and Policy Priorities warns that the SNAP cuts proposal foresees that the government will abruptly end up with about $25,000 to $26 billion in revenues for grocery stores throughout the country.

In communities where food stamps beneficiaries constitute the majority of food buyers, this could have a very negative impact on local stores that accept SNAP benefits as a form of payment added by the institution in their report. While more than 80% of SNAP benefits are used in large stores such as Walmart, Target and Costco and supermarkets such as Safeway, the vast majority of SNAP-authorized retailers (close to 80%) are smaller stores.

According to Fortune, the retailer with the highest risk of lost sales is Walmart. The largest grocery chain in the US gets 56% of its food sales. AlixPartners estimates that Walmart, where 18% of all food stamps were redeemed in 2013 (the last year in which the figure was disclosed), would lose $12,700 million in sales during the decade that SNAP cuts are made.