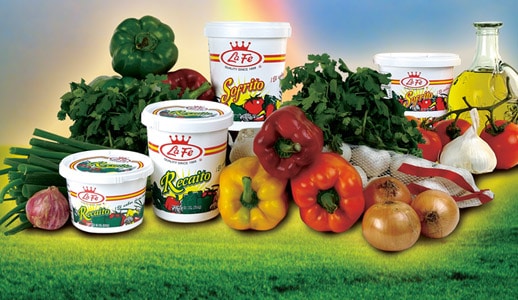 Starting Wednesday January 28 GraceKennedy Group, which acquired the company LaFe in July 2014, will be responsible for its own distribution in the metropolitan area markets in New York City, Atlanta and Florida through DBA LaFe, a newly formed subsidiary company.

LaFe, which has operations in Moonachie, New Jersey, Miami, Florida and Raleigh, North Carolina, and with brand presence and distribution in the tri-state area of New York City, Florida, Georgia and the east coast, presents a strong platform for company growth.

Thus, GraceKennedy will take complete distribution control for the brand that was previously in charge of Iberia Foods.

“Iberia has done a good job. We are grateful for this partnership and wish them well,” said Don Wehby, CEO of the group. “On the other hand, however, we have a mission in GraceKennedy to become a global consumer group, and for that, controlling ourselves our route to market will give us a significant advantage.”

As pointed out by Michael Ranglin, president of GraceKennedy USA LLC and head of GK Foods division, the integration process since last July has been very positive. “We managed to seamlessly integrate the Caribbean and Latin America culture, and the business has gone very well,” he said. “Distribution is a new phase for us and we are ready to perform a great service to customers whom GraceKennedy has become known in the United States and the world.”

He said that in a couple of months company sales representatives would be in the field, interacting with customers.

“We consider ourselves the best people to sell our products. We feel passion for them and for our customers, and this is a great source of motivation as we move forward,” said Wehby.

At the time of the acquisition, Wehby said the move was very strategic because it provides GraceKennedy with access to the Hispanic market, one of the fastest growing food and beverages segments, and allows Grace Foods take control over their own route to market in the United States.