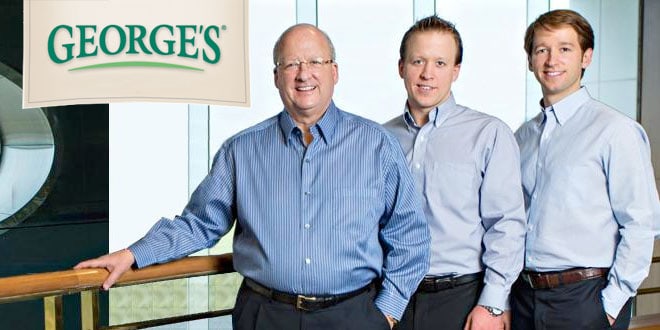 The Campos Food plant employs 285 people and is a producer of fully-cooked pork, beef and turkey products servicing the retail, food service and convenience store departments.

“The addition of Campos Foods fits as part of our overall growth strategy and continued focus on adding value for our customers and stakeholders,” he said.

George’s Inc. is excited to add Campos Food’s capabilities to their operations

George’s Co-CEO Carl George said, “The team at Campos Foods has a proven track record of producing premium protein products for a wide variety of customers; we are excited to add their capabilities to our existing operations.”

According to the WATTAgNet Top Poultry Companies Database, George’s produced 21.49 million pounds of ready-to-cook chicken on a weekly basis in 2016.

The poultry company operates two processing plants in Springdale, two facilities in Virginia and one in Missouri.

George’s Inc. began in the late 1920s as a Farmers Produce Company, which was started by C. L. George along with his sons, Luther and Gene. Ninety years later and they are a fourth generation, privately held company still led by the George family. Today, the company is among the largest poultry producers in the world.